Garrett Batty, the writer-director of Out of Liberty announced yesterday that the film will play a limited nationwide release on Monday, November 18 and Wednesday, November 20 in 50 theaters across the country. (If you want to know where they will be playing, check out the list here.)

For those who haven’t yet heard of the film, OUT OF LIBERTY tells the true story of Liberty, Missouri jailer Samuel Tillery. Tasked with guarding Missouri’s most wanted – founders of The Church of Jesus Christ of Latter-day Saints Joseph Smith, Hyrum Smith and Sidney Rigdon – as they awaited their court hearing in the winter of 1839 on charges of treason and an extermination order from Missouri Governor Lilburn W. Boggs. The film stars Jasen Wade (17 Miracles, Cokeville Miracle), as Samuel Tillery and Brandon Ray Olive (Logan Lucky) as Joseph Smith. It also features Corbin Allred (The Saratov Approach) as Porter Rockwell and Casey Elliott (musical group GENTRI) as Hyrum Smith.

“This is an incredibly dramatic, true story set against the backdrop of a small frontier town in Missouri that explores one man’s personal commitment to duty, honor and integrity despite the unrelenting pressure from his friends and local townsfolk to do the opposite,” says Garrett Batty, the film’s writer/director.
Based on actual recorded events, OUT OF LIBERTY depicts how Tillery is caught between the locals’ desire to exact their own form of ‘frontier justice’ on the prisoners and the prisoners’ efforts to survive. Like Atticus Finch in “To Kill a Mockingbird,” Tillery is pushed to his limits in a classic struggle between his own sense of duty and peer pressure.

“It has been an absolute honor to bring this important film to a nationwide audience,” said Brandon Purdie, president of Purdie Distribution. “I am deeply grateful to the theater chains that recognize the importance of OUT OF LIBERTY and independent film, and are willing to bring it to their audiences.”
Described by critics as “vital and alive,” Batty is still amazed by the story’s present-day importance. “It was incredible to discover the similarities between today, and a time in history when people often based their judgment strictly on hearsay or bias, without considering truth or intent.” Not wanting to give away too much, Batty says, “The complex characters and cinematic events at Liberty will captivate theatrical audiences. And those audiences may not know that even after Joseph Smith and the other church leaders left Liberty Jail in 1839, they had to remain in hiding for fear of losing their lives. Now, exactly 180 years later, having a film that tells the story of their incarceration and survival welcomed into theaters across the country, is nothing short of miraculous. With OUT OF LIBERTY, we remember their sufferings, we celebrate their revelations, and we honor their deliverance. And we invite you to join in doing the same.

If you haven’t seen it yet, now is your chance. This is not your run of the mill LDS film. It’s incredibly well produced and even if you were not a member of the church, you would love this movie. 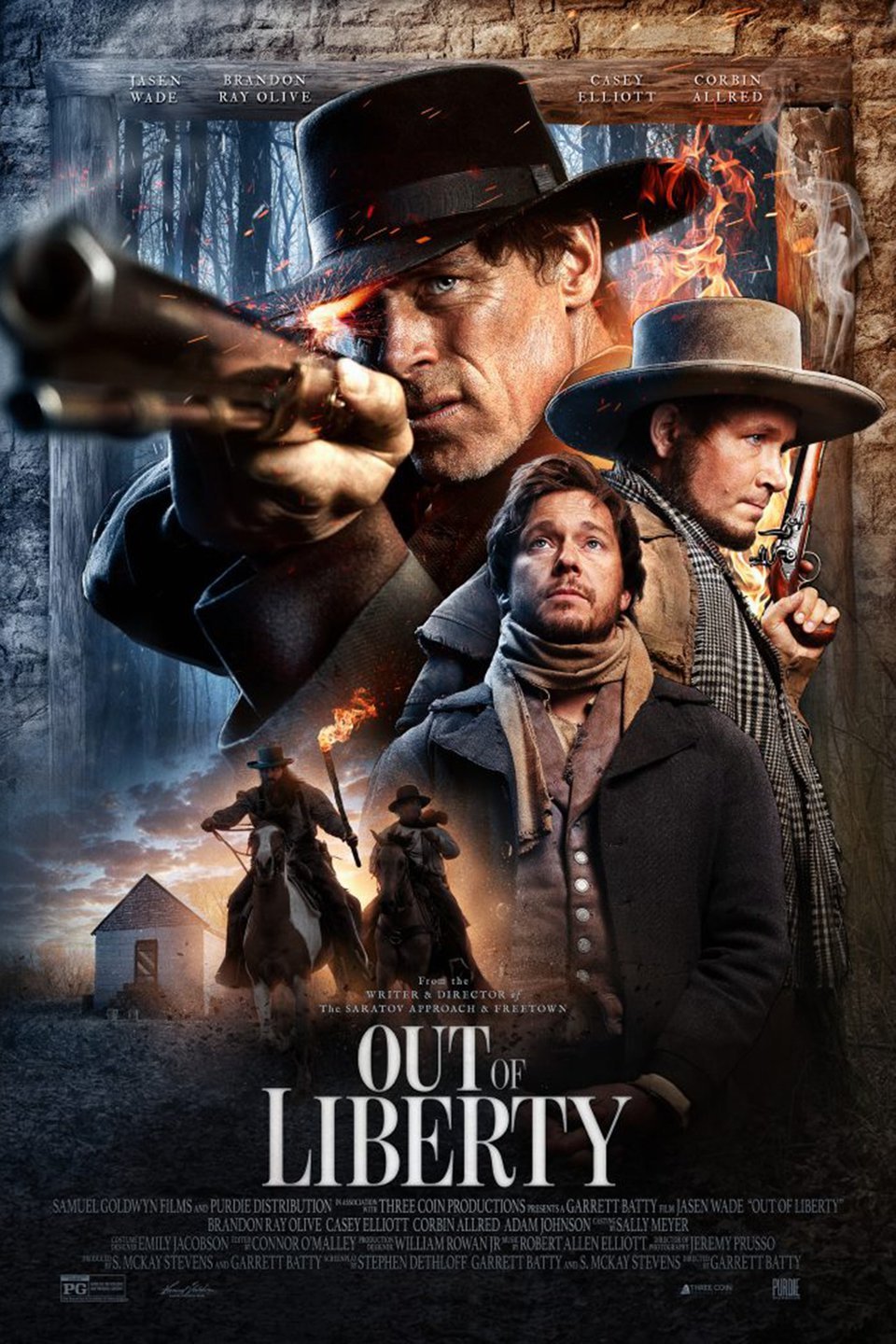