For the first in its history, The Church of Jesus Christ of Latter-day Saints has released internal data showing usage of the Gospel Library app the results are not all that surprising. 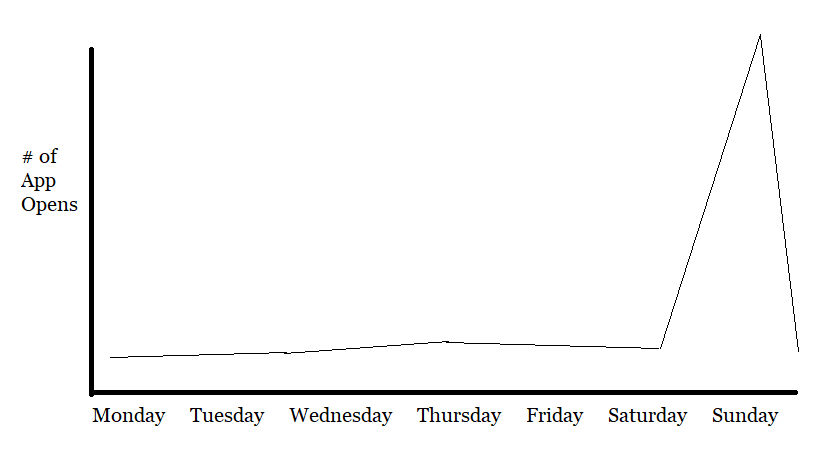 The chart above seems to indicate that the majority of the church members don’t use the app except for Sundays. One ward council member stated that he runs into significant problems during ward council trying to open the Gospel Library app because he never opened it during the week and now has to wait as the entire council is trying to download the latest updates at the same time.

It’s unclear what actions the church will take to try to increase usage. One source stated that they may go as far as even gating the popular BYUtv show Studio C by requiring you to open the Gospel Library app prior to watching the show.

Members around the world are excited to see what other data will be released from the church such as the % of ward members who stay awake during a High Council talk or average speed of drivers who are running late to church on Sunday.