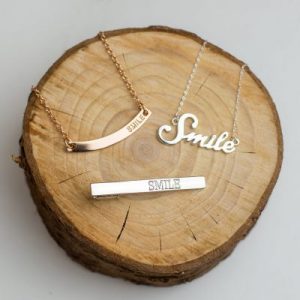 CLICK HERE to Purchase one of our S.M.I.L.E. Necklaces
For those that don’t know, S.M.I.L.E. stands for “spiritually minded is life eternal” that comes from 2 Nephi 9:39. This is a perfect Christmas gift for the grandchildren, missionaries, baptisms or any other special occasion that you may be having.

…and there goes President Nelson. May we all try and keep up!!! #LdsConf #HistoricalChanges #IFollowtheProphet pic.twitter.com/X0oT3JWiaE

I think my cat is a nonmember. #ldsconf pic.twitter.com/Bo5lwybw2g

This season finale of #ldsconf is INSANE.

Don't know how they top it next season.

Nelson: Hey so I'm thinking we get rid of Home and visiting teaching

Nelson: Don't worry, I'll have Holland speak and totally back me up

Yay I don't have to do my calling anymore!!! #ldsconf pic.twitter.com/nzY0kJMOZm

The lineup for the rest of #LDSConf pic.twitter.com/FqEGXCUtoW

Some peeps: man conference is always so predictable

Home teachers everywhere: "it's been a good run man"
HT companion: "I don't have this number saved who is this?"#ldsconf

Me before #LDSConf: I’m sure President Nelson will start his time as prophet nice and slow.

Vladimir Putin when he hears we're planning on building a temple in Russia #LDSConf pic.twitter.com/CbR4OFdckX

President Nelson about to jump back up and say “April Fools! Do your freaking home teaching!” #LDSconf

Anyone else need a 7 verse rest hymn after all these announcements? #ldsconf

This is the single greatest weekend for elders quorum presidents in the history of the church. #LDSconf

Dude nobody goes upstream in a kayak. I thought we were a nautical people. Smh #LDSconf

“We will then hear briefly from President Russell M. Nelson.” #LDSConf pic.twitter.com/JAg5MNvxWK

When you expect President Bingham to say “young women will be prepared for their future role as…” and you expect the word “Mothers” but she says “leaders” instead. #ldsconf pic.twitter.com/w0bxU4xNOf

Every time our leaders talk about how we are using our time, I'm like… #ldsconf pic.twitter.com/7OBAITB1qr

What’s better: the new temples or the reactions to them? #ldsconf

Changes so far:
1-Women’s meeting and Priesthood reduced to once per year
2-Two new Apostles
3-Combining of High Priests and Elders Quorum
4-Retiring of Home Teaching and Visiting Teaching
5-The hearts of 16M people#ldsconf 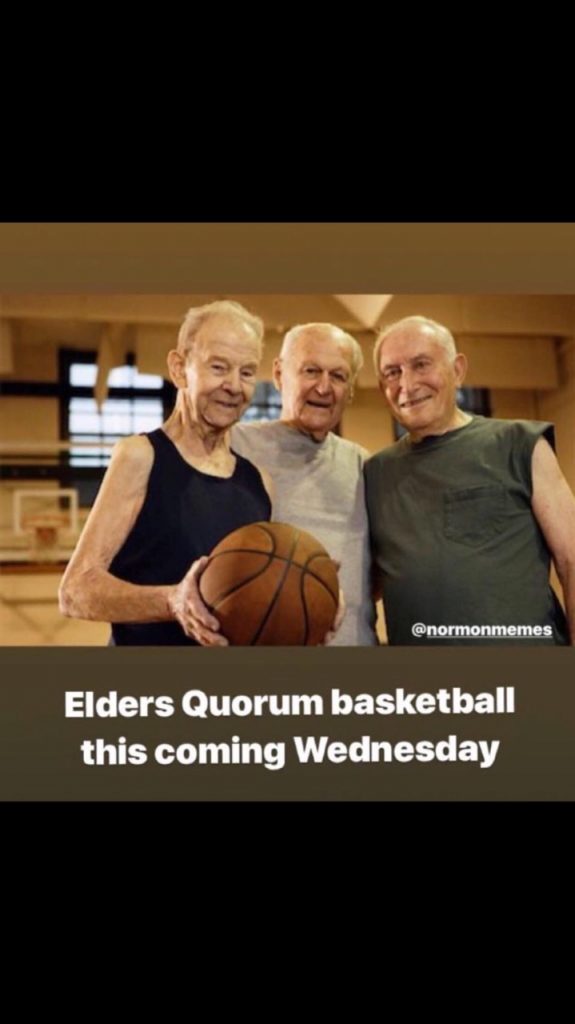 Elders waiting for the high priests to come in next Sunday…..#ldsconf pic.twitter.com/HreRZRi61E

Every Bishopric be like….with all of the new brethren who can now accept new callings. #ldsconf pic.twitter.com/ISvMB8uJLU

After the next Elders Quorum moving a family out. pic.twitter.com/Xjd5RLSl0j

The one question that was not answered during priesthood session. #ldsconf pic.twitter.com/isPKxjYRyV

I’m really hoping that President Nelson starts off his first talk as prophet with, “Good afternoon, my name is Russell” #LDSconf pic.twitter.com/WoHnD0H58S

#LDSConf should randomly choose which session has the sustainings. Leave the hecklers guessing.

Nearly 40% of the General Authority were born outside of the US. So much for no diversity #ldsconf pic.twitter.com/kV0VE4vHfM

If you’re going to heckle at #LDSConf make sure you enunciate clearly. pic.twitter.com/aGYOrwB3pS

Everyone who is showing up to #ldsconf right now. ??? pic.twitter.com/ZIs8kQvFrU

I’ve never felt so connected to an apostle as when elder oaks forgot some announcements at the pulpit.#ldsconf

Getting ready to watch Conference with my child. Mom’s out, so there’s really only one way to focus.#ldsconf pic.twitter.com/JdCxoFGbv9

Catching all these metaphors and applying them to our political atmosphere like #ldsconf pic.twitter.com/0tgJHNaJwQ

Me: *gets angry over the shouting*

Bednar: A meek person does not become provoked easily…

When your lovingly prepared dinner turns into a burnt offering ?? #Relatable #ldsconf #ElderTaylor

One clarification. Those in the stake high priest group still sit in the foyer every week and don’t attend priesthood.

He was yelling, “WHERE CAN I TURN FOR PEACE?” and the choir took the request, so. #LDSConf

Correction: upon review, I believe the man shouted “THE PASSWORD IS PIONEER47” #ldsconf

That face you make when your mission president is called as an Area Seventy. #LDSConf pic.twitter.com/h15evL4lXw

I wish my BYU teachers gave me unlimited chances to improve my grades…. #LDSconf

Resolution: Go back in personal study after #LDSconf and find all the promises given by the speakers, then seek to live up to those promises pic.twitter.com/1i3dxfycko

Actual footage of me trying to follow the prophet…#ldsconf pic.twitter.com/sgjzXx9Hhc

Wait, there are repentance cards? Do they have a special no-interest policy for 12 months? Travel miles? WHAT ARE THE PERKS? #LDSConf #generalauthorityjokes

Peace I leave with you, peace be unto you, peace will come into our lives, be at peace, peace be still. #ElderEchoHawk just blessed us with so much peace, I almost expected him to peace out at the pulpit! #LDSconf pic.twitter.com/SaywKPAhQ0

Me: *Puts phone down*

Ballard: But there’s nothing wrong with taking advantage of technology

Me: *Picks phone right back up* #LDSconf

Nothing has helped me relate more to church leadership than when some of them were unsure of when to stand and sustain. #LDSconf #NobodiesPerfect

Me: Excuse me, would you watch my laptop?

Our elders quorum and high priests combining will be like the justice league and avengers combining to form a mega team. #ldsconf #BigAnnouncement

this #ldsconf, bring with you a list of questions & i promise they will be answered

how is david archuleta still single?

why does it cost so much to have a baby?

who is the zodiac killer?

WHY do you need to know?