Dakota Pierce’s story on missionary work as a returned missionary is incredible.

“I served a mission in Singapore and Malaysia for two years helping people come unto Jesus Christ. Growing up, the gospel brought me and my family joy and I felt obliged to share that with others.

I had one particular prayer for God throughout my mission to help another entire family commit to follow Jesus Christ through baptism so they could feel the same joy we felt.

I went through my whole two year mission and although had great success, never was able to see that prayer come to fruition.

Now meet one of my best friends James and his family. He is from China and came to America for work. While here in Boston he felt inspired to search for a Christian church where he could worship. However, all he found were services held in English and had a hard time understanding them.

Frustrated, he began searching for what he called, “a Chinese speaking American missionary” (without knowing that such a thing existed) that could guide him to a church service held in Chinese. As he walked around Boston he started asking people if they knew any sort of person. Quickly, he realized he was never going to effectively find what he was looking for this way.

That night he prayed and asked God for help. He felt prompted to be a taxi driver so he could meet more people, but didn’t know how. He did some research and found the app called Lyft. He signed up and started driving immediately.

He began coming to the Chinese branch we have in Boston and got baptized three months later. Then he introduced the gospel to his daughter Tiffany who was baptized soon after.

Finally after months of taking lessons from the missionaries his wife was baptized last Sunday evening.

That makes a family.

After being home from my mission for over a year, God answered a prayer I had almost entirely forgotten about. A prayer I had concluded He didn’t see fit to answer or just didn’t listen to.”

To quote Isaiah: ‘For my thoughts are not your thoughts, neither are your ways my ways.’ And might I add, ‘Neither is your time my time.'”

An amazing story of God listening to answering prayer, even if it’s not exactly how we thought it might work out. James’ baptism photos are picture below. 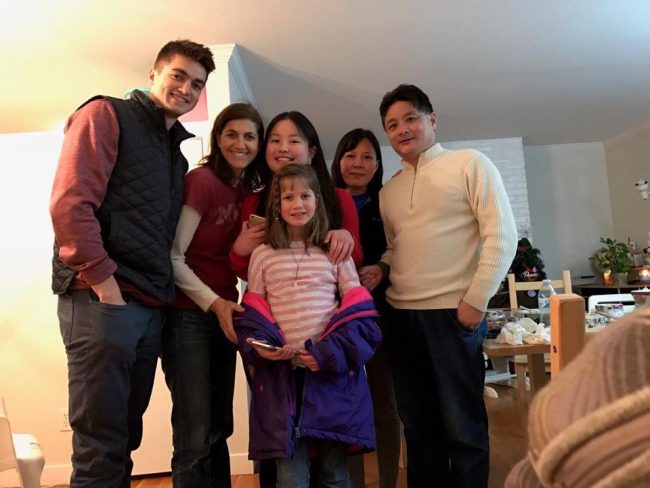 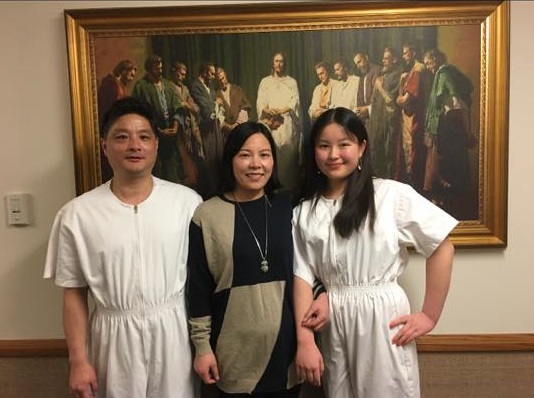 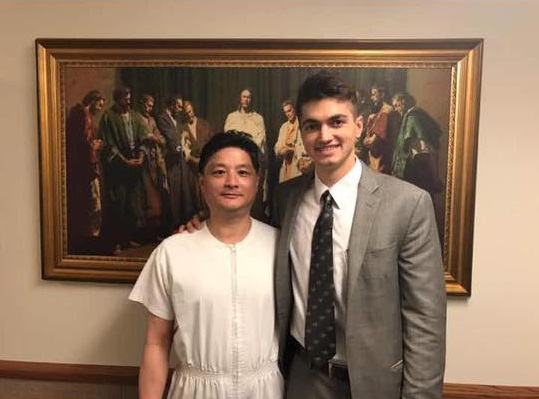 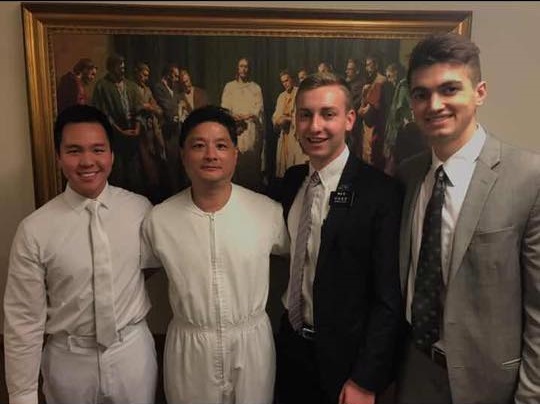 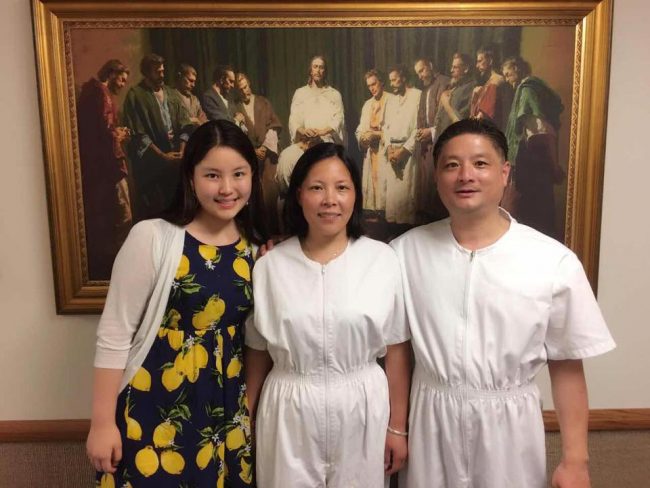 One Reply to “Lyft Driver Joins the Church After Picking Up an LDS Returned Missionary.”