The Houston Temple. The hand sticking out belongs to a guy who's 5'8". Water is at least 6 feet deep. pic.twitter.com/5owar7KO10

The photo in the above tweet was taken by Emily Mahana.

The Mormon Newsroom also shared photos from the flooding below and more can be seen at their website. According to an update made at 8:15 p.m. Mountain time “rising floodwater as a result of Hurricane Harvey has breached the Houston Texas Temple of The Church of Jesus Christ of Latter-day Saints, according to the temple president.

‘The creek became a river and the current is so strong that it’s been dangerous to even try and approach the temple,’ said Marshall Hayes, president of the Houston Texas Temple. He said nearby Cyprus Creek rose by more than 20 feet.

‘It appears water to the depth of four or five inches has gone inside the temple.’ said President Hayes. ‘That includes a baptistry, a marriage waiting room, dressing rooms, kitchen and laundry. We haven’t been able to go inside so we really don’t know the extent of the damage.’ 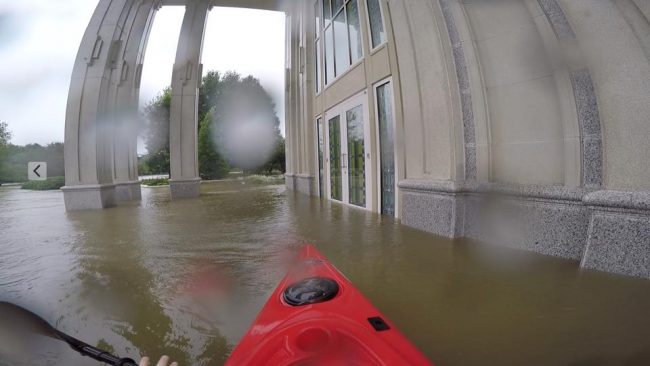 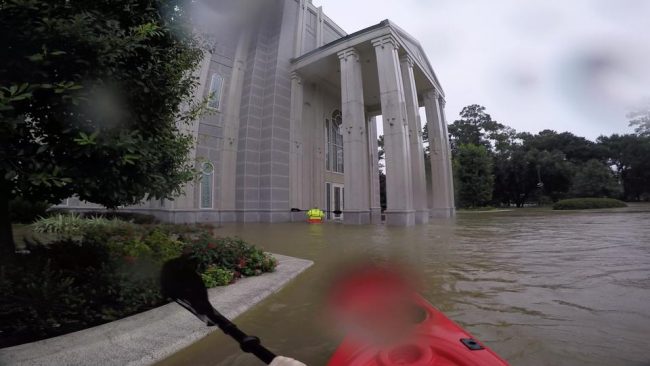