Skip to content
[wp_ad_camp_3]
A few months ago Steve Evans sent his son Alex, who is serving his mission in Kobe Japan, some photos of himself serving in Japan. Steve served 28 years ago in the Okayama Mission which no longer exists. However, last year Alex was called to the Kobe Japan mission and Okayama is now in the boundaries of that mission. Alex is now living in the old Okayama mission home which Steve visited on a regular basis while living in Okayama. It has been extremely exciting for both of them to be able to share pictures and experiences from the same area. Alex has also been able to meet people his dad knew and has seen pictures of his dad that members there have.

A few weeks ago, Alex and his companion decided to visit this park during p-day. Alex thought it would be fun to reenact the pictures in the same spots and needless to say, it has been very exciting for both of them and has brought back a flood of memories for Steve.

Recreating the photos of what his dad was doing on his mission 28 years later is such a cool idea and these photos are the results of that p-day trip. 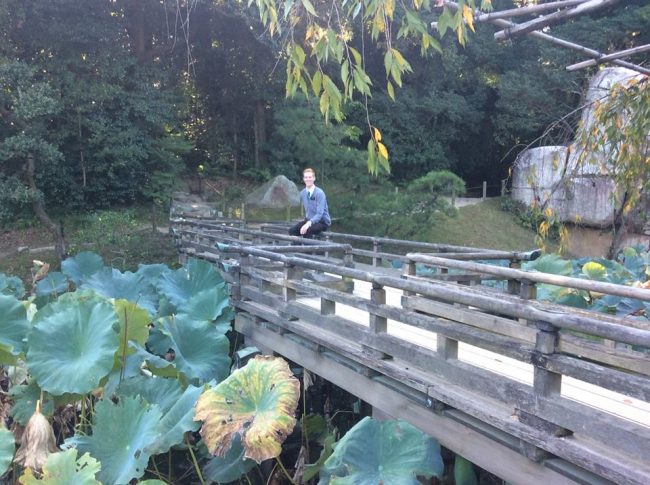 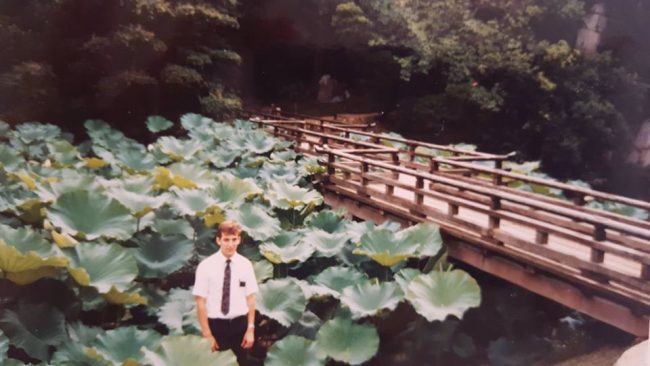 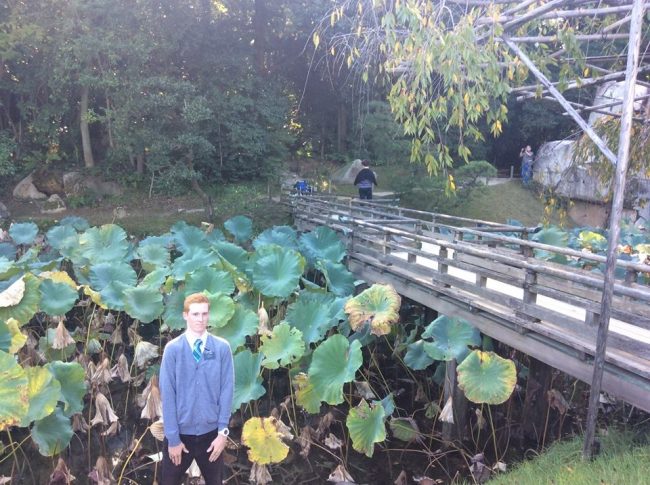 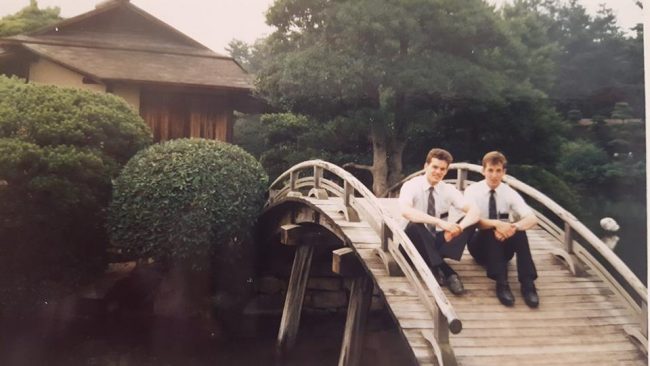 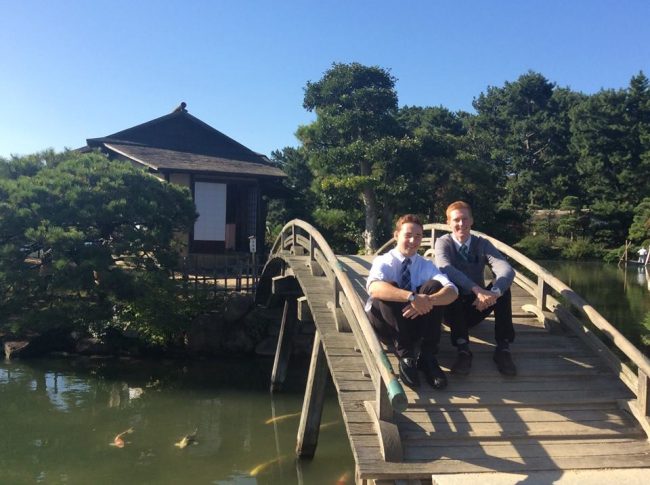