Skip to content
[wp_ad_camp_3]
This is a story more than anything about the absolute fact that we are never alone. That our Father in Heaven loves us and that Christ is real and he loves us. It is a reminder of the unending tender mercies that come at the exact right moment in the exact right way. It’s a story about a Father who to this day grieves for his sweet baby boy, who tragically was taken at such a young age.

It was a normal Wednesday night when the Maples’ son David, age 20, left to go to the gym for a workout. He had decided to take his motorcycle and on the way home was in a car accident and killed. 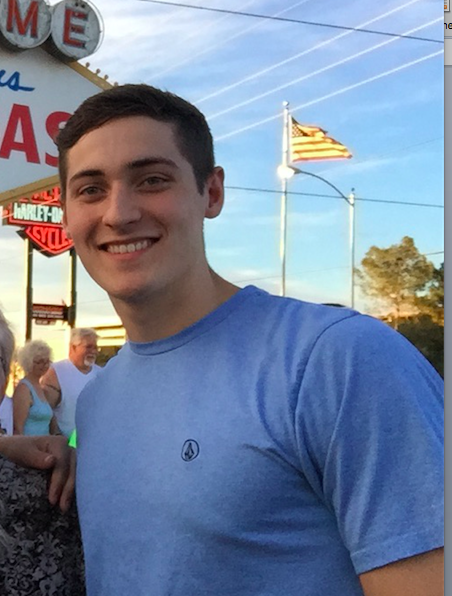 David’s death has impacted our family in such deep ways that I do not have words to convey. Clearly it has been the toughest thing I have ever experienced and yet some of our sweetest blessings have come as a result of his death. As the months went on, it became clear through spiritual experiences, too sensitive to discuss openly, that the mode of heaven is “service”. We thought long and hard how we wanted to spend the rest of our lives. How does knowing what we now know apply to Trish and I and the rest of our lives. As time went on, it became clear that my job as the Chief Operating Officer for Subway and Winchell’s donuts was not in the plan for us going forward. It became clear that I was to resign that job. Two months ago I resigned my position. I had no plan, no job and nowhere to go. We just knew that it was what I was to do.

On Father’s day weekend Trish and I headed to a little place our family has in Beaver Utah to relax and spend some much needed time together. We wanted to retreat and do some soul searching and come up with a plan. We had a great time but we came home with no real direction. I contacted a few people and talked to them about opportunities we had discussed but nothing gelled and or felt like it was what we should be doing. I was home alone, it was a Wednesday, I went into my bedroom and knelt next to my bed and prayed.

I’m done doing it my way

I told the Lord that I was through trying it my way and that I wanted to do whatever he wanted me to do and I wanted to be whoever he wanted me to be. I surrender and will do anything, just help know what that is. At that very moment I heard audibly what sounded like a gear locking into place. I looked up from knees to see what the noise was and said out loud, “that was odd’. Then I got a little nervous and thought oh boy I wonder what that’s going to mean.

The next day, Thursday I was on my phone and a contact popped up out of the blue. It was Alfred Grace the President of the Polynesian Cultural Center. I knew him from when my parents served their mission at the PCC. I had not spoken to him in three years. The Spirit whispered that I should send him an email and see if he had anything that might fit for me. I shook my head and thought that was crazy. However, I did it and sent him an email.

Five minutes later I received an email back saying that he could not believe I had sent the email, that he actually had something, but wasn’t sure if I would be interested in it. He was curious about why I contacted him and why a guy with my resume would want to have anything to do with the PCC. I explained to him that David had died and briefly told him about the journey we had been on which led to this email. He said he was thrilled and would have one of his executive teams call me. Saturday at 8:15 in the morning I received a call from the Chief Marketing Officer at the PCC. He first started out wanting to know if I was asking to serve a Mission? I thought it was a trick question. I told him yes, however, I wanted to get paid. We both laughed. We talked for 45 minutes about the opportunity they had.

At the end of the conversation he asked how soon Trish and I could get there to meet with them. I told him I would call him Monday and set something up, he agreed that would be fine.

After I hung up, the spirit whispered, what are you waiting for. I said out loud, Monday, by the way it’s in Hawaii. Patiently the spirit said back, why don’t you get on the Internet and see if there are any good flights now. So, I went on and found a great flight for Sunday night. I text him and told him I could be there Sunday night and could spend part of that week with him.

We were thrilled, he said that fit perfectly into their scheduling. I called Trish and asked her if she had a bathing suit, because we were going to Hawaii. We flew out there and spent the next 4 days meeting with all of the executive team and President Grace. On the last day I was to meet with President Grace and had a final chat. I woke up that last morning with my anxiety levels at a 10. My wife asked me what was a matter. I was having big doubts. What was a COO of hundred-million-dollar company doing moving his family to Hawaii to turn a restaurant around and work at the PCC?

I could not believe I was even considering it. I had decided in my mind that I was not going to take the job and that I would find some way to tell them I am just not interested. I mean selling everything we have, moving to Hawaii? We loved our life in Las Vegas. We had dear friends, we lived 7 minutes from where our son was buried. Move to Hawaii, live in a tiny house with no air conditioning? I told myself I had gone nuts.

As I sat down in President Graces office, he asked me what were my thoughts about the restaurant. As I began to get the courage to tell him I was simply not interested but thanks, he put his hand up and said stop! He said Greg I feel I need to give you a bit of the back story to how we got here. He told me about how he got the job as President of the PCC. He told me about how he had a conversation with President Eyring about the PCC.

President Eyring had told him, Alfred, we are not going to micro manage you, but there are some things you need to remember. One, your number one job is to protect the sanctity of the Temple. The other is you need to continue to perpetuate the cultures in the PCC and third we need the kids who come to BYU-H from around the world to get their degree, get experience while there and come back ready to hit the ground running. We don’t have 2-3 years to wait for them to get their feet under them, we need them to be ready day one.

Just as he began to say these things to me, I saw literally a vision right over the Presidents head. I saw myself working with these students, teaching them, mentoring them and becoming someone they can trust. I saw them in the future, some would start businesses and when they had a problem they knew they would have a friend in Brother Maples, they would call me and ask for advice. Brother Maples I am having trouble getting a loan can you help with how to do that. It was simply a miracle what I was seeing. My entire world changed during this vision of what I saw. I knew I was supposed to be here, I now knew what the Lord had in mind and I was 100% all in.

President finished and asked me, Greg, what do you think? I just looked at him said “I am in”. Two weeks later I had a job offer and I accepted.

To read the entire story of David’s death, and the journey the Maples’ family has taken to get to where they are, check out Greg’s blog at My Bubster.com