Last night at the Studio C Face 2 Face, thousands of youth from around the world joined in watching the Studio C cast talk about their jobs, their religion and their personal lives.

Matt Meese, Mallory Everton, Stacey Harkey, Whitney Call, Stephen Meek, Jason Gray, James Perry, Natalie Madsen, Jeremy Warner and Adam Berg were all present to answer some serious and not so serious questions that were asked by the youth via social media.

One of the most hilarious moments came when Stacey gave advice on how to make any dance move better by simply adding a “stank face”. As he describes it “it’s the face you make when you heard like a scurry in a box three years ago and you finally open it…and then that smell hits your face, that’s the ‘stank face’>

We caught up with Stacey and asked Stacey how he came up with it.

One of the most moving parts of the night that literally had the entire cast in tears was when Jason Gray talked about his daughter, who suffered a brain aneurysm last December, and how he was able to find peace through the Atonement during that time. Gray said he felt so alone with an amount of pain that he didn’t even think was possible. “But,” he said, “I can testify of the power of the peace that the Atonement can bring.” 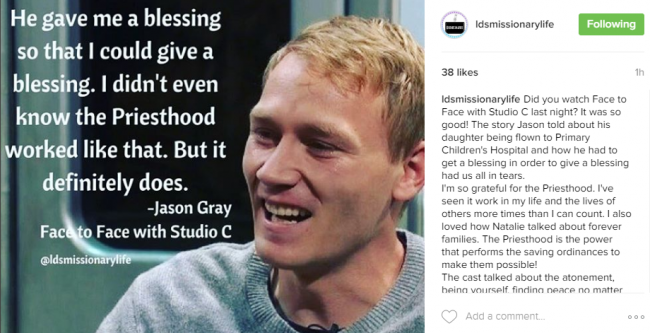 We also caught up with Stacey and Natalie and asked them some questions about how the Face to Face worked for them.
Also, watch at the end as our awesome youth correspondent Aria Catenzaro amaze them with her Studio C knowledge with an incredible reference pull of a wildly unknown sketch.

If you would like the watch the entire thing, the video is at the bottom of this post and it starts about 52 minutes into the video.

Here are some of the best quotes and images from the Face to Face broadcast.

"Every time you use the Atonement, you bring Christ into your soul." –Whitney #LDSFace2Face #StudioC

He loves you because you're His.
Not because you did anything.
You're His children.#LDSFace2Face

"Heavenly Father has a plan for you. And he's gonna mold and shape your life for that." So awesome. #LDSFace2Face #StudioC 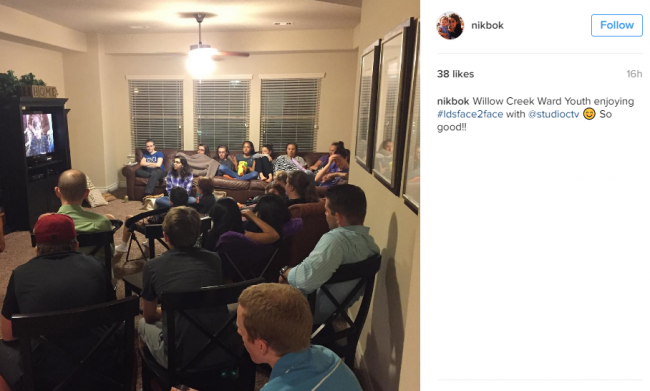 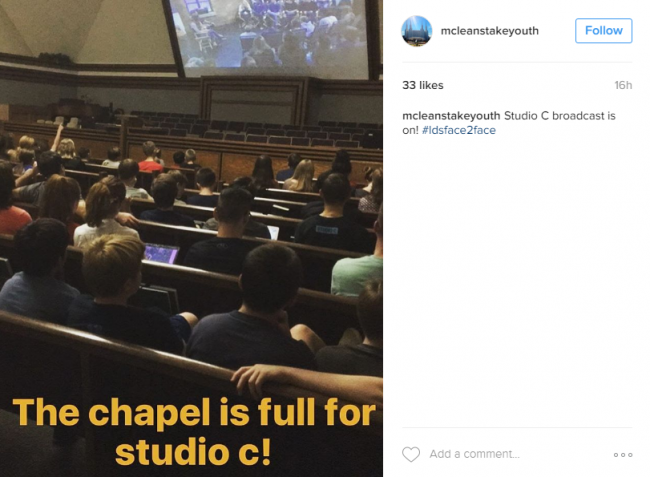 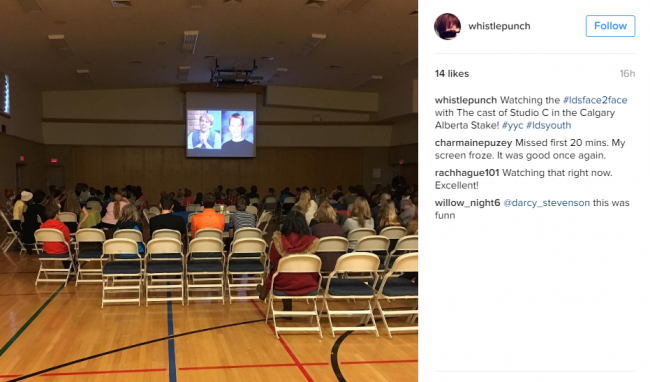 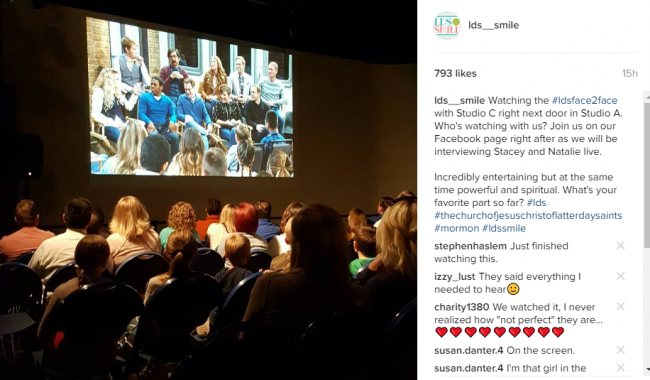 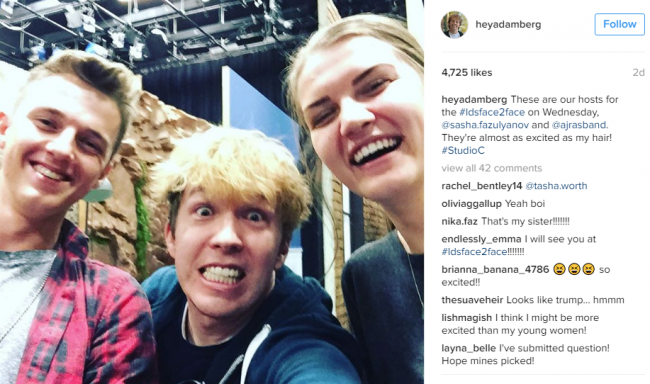 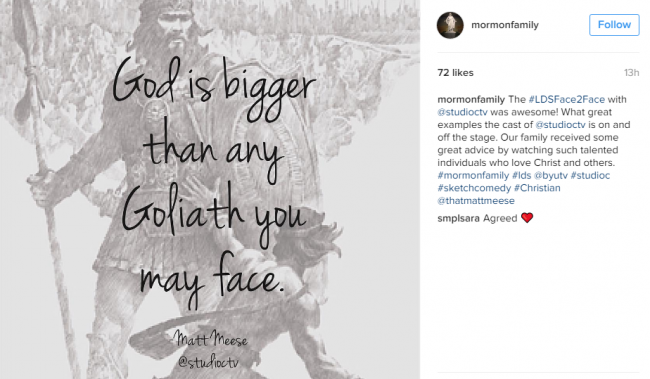 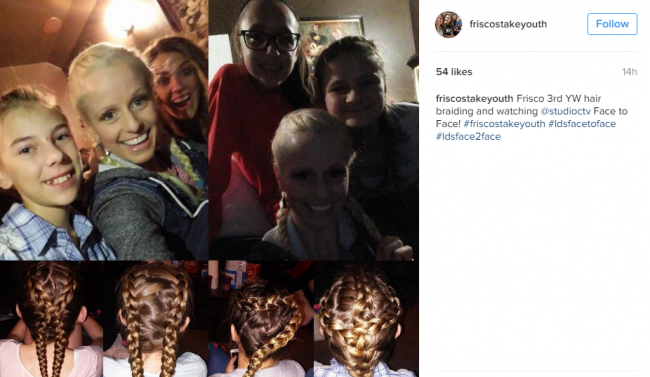 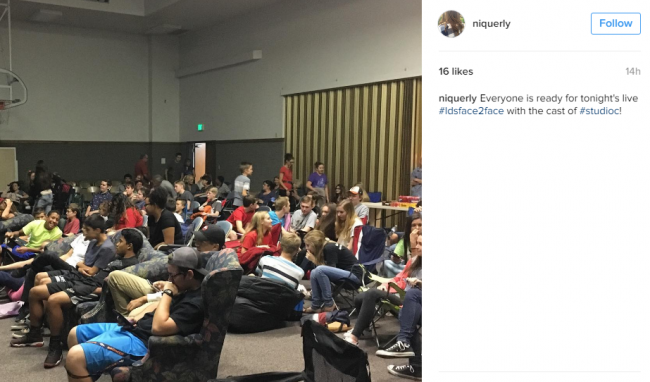 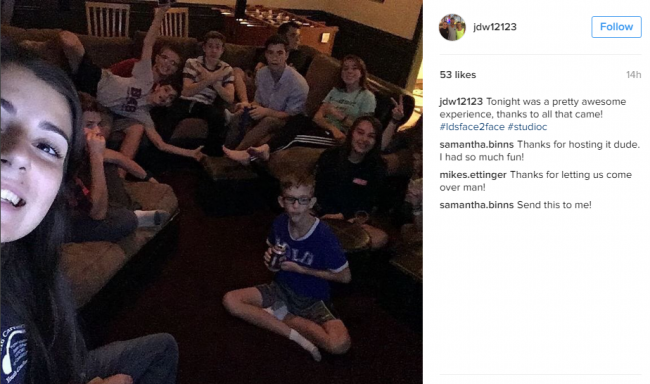 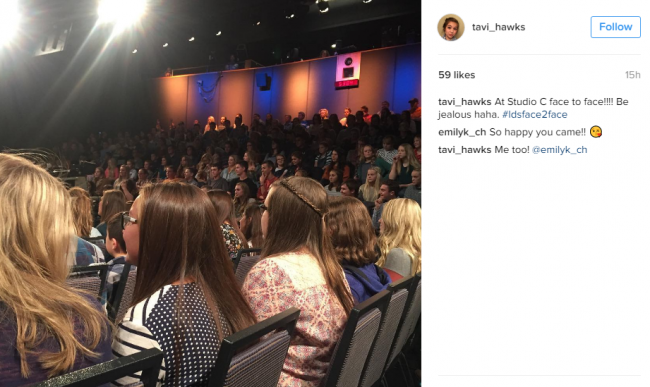 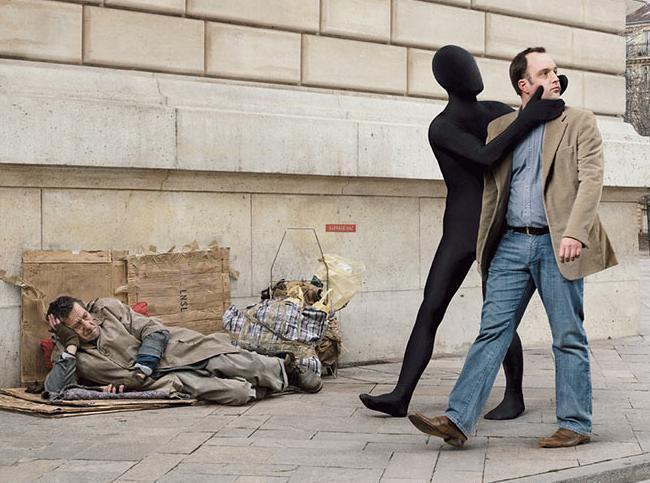 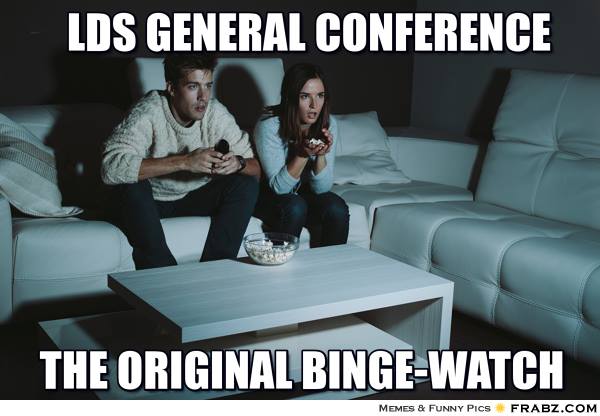 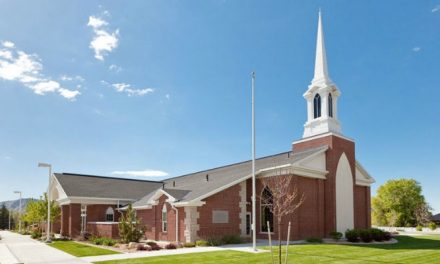 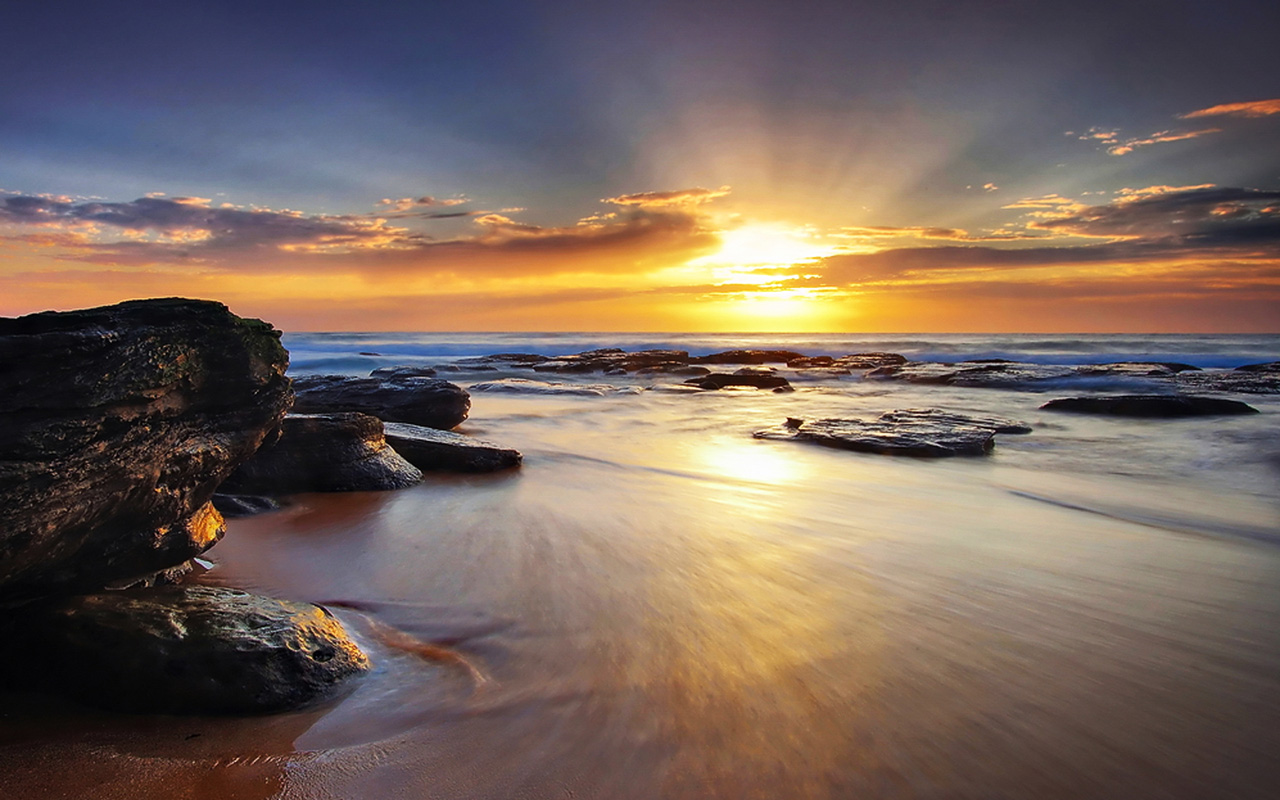