Thanks to Temple Square.com for providing all of these factoids about Temple Square. Make sure to check out all of the services that they offer by visiting their website.

1.Did you know that Mountain Daylight Time was basically established at Temple Square? Within Temple Square, near the southeast corner, is a large sandstone marker shaped similarly to a thick, squared off “U”. Engraved on the marker are the words “United States Meridian Base 1869”, this marker indicates the spot where United States officials established an observatory to determine the Mountain Daylight Time zone and create a standard time throughout the United States.

Translation, second only to the United Nations

2. During General Conference, approximately 94 language translations are provided simultaneously from 50 translation booths. This system is second only to the United Nations.

3. The tabernacle organ is so massive and its pipes so diverse in size that the tallest pipes stand 32 feet high and the smallest are only as wide as a pencil.

4. The Tabernacle was originally built without the upper seating level (the gallery); without this upper level the building had such a terrible echo that it was hard for the audience to understand the speakers. With this acoustic issue in mind the gallery was built with a thirty-inch gap between it and the wall, giving the Tabernacle the amazing sound quality it currently has. The Salt Lake Tabernacle is known globally as one of the most acoustically perfect structures in the world, and it’s said that you can hear a pin drop up to 250 feet away.

6. Although Brigham Young passed away before the completion of the temple, the builder’s kept in mind his desire for the temple to stand the test of time – resulting in the walls of the Salt Lake Temple being nine feet thick at the base and six feet thick at the top. 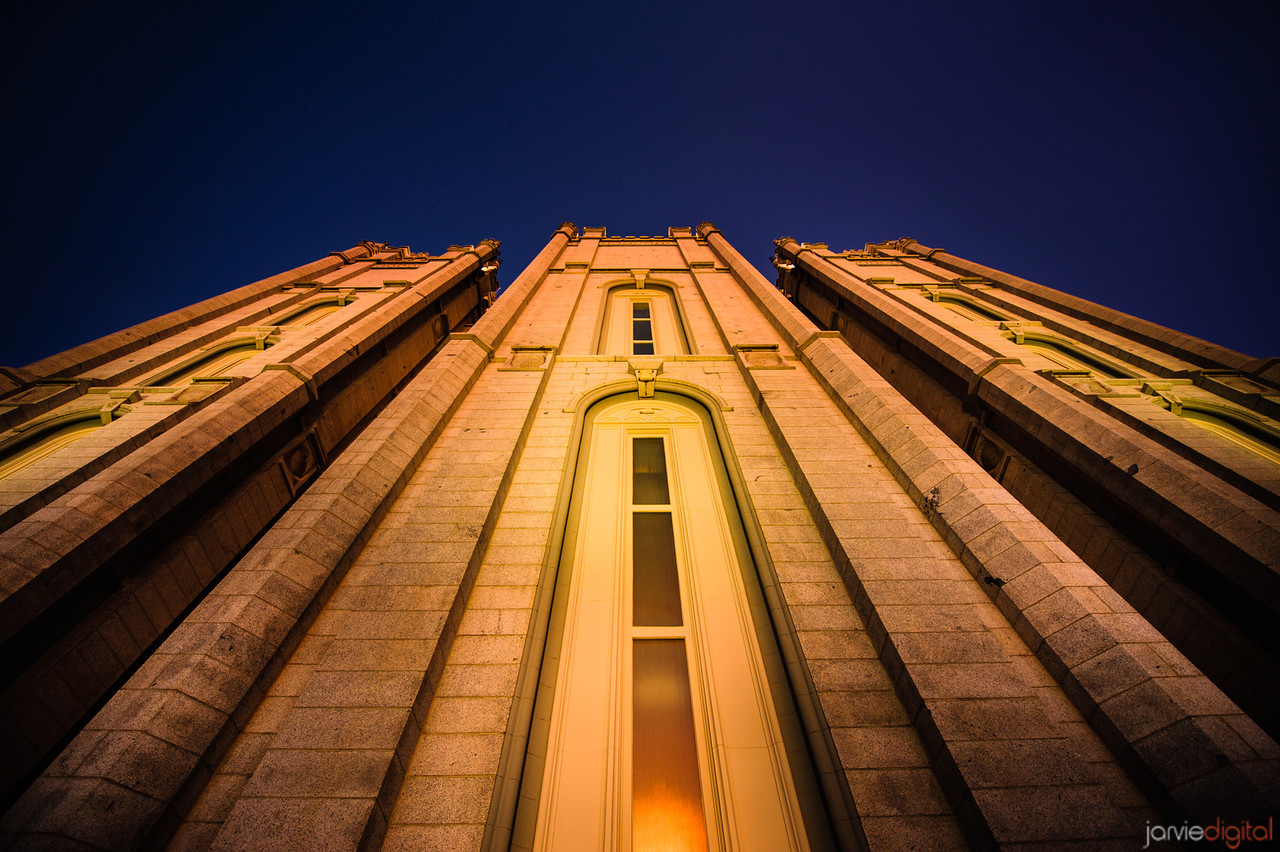 7. Something many people don’t realize is that even the architecture of the temple is symbolic. The circle and square design above the roof line is meant to represent man’s journey from mortal imperfection towards immortal perfection. Individually the circle has been a historic symbol for perfection as well as unending or infinite, so it’s only fitting that in the temple’s design the circle represents eternal life while the square is meant to symbolize the earth and life on earth.

8. Utah is known for its many outdoor activities and beautiful National Parks, but Temple Square attracts three to five million people every year. That is almost as much as the tourism Utah’s five National Parks attract combined, making Temple Square Utah’s largest tourist attraction.

We hope you found these facts as interesting as we did! If you’re hungry for more fun info, check out our blog post 8 Facts about the Salt Lake Temple Angel Moroni to learn about the impressive statue that stands atop the tallest spire of the temple.