Skip to content
[wp_ad_camp_3]
A group called the Satanic Temple is trying to open its after-school Satan club in public schools across the nation, in a fight over freedom of speech.

While you would expect to see an art, chess or music club, one club you don’t expect is a Satanic club.

According to afterschoolsatan.com, the Granite School District’s Vista Elementary School in Taylorsville is on the list while more are to follow.

The Granite School District responded with this on their Facebook page: 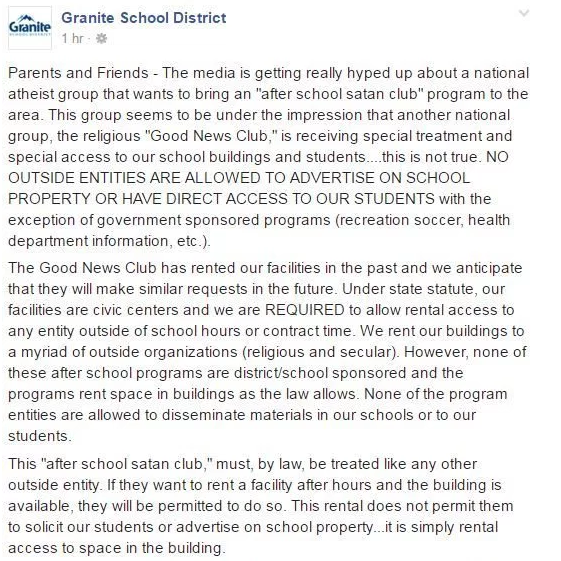 That being said, Granite School District Spokepserson Ben Horsley told KUTV: “Any organization can rent our facilities after school hours as long as they pay the fee and aren’t doing anything illegal”.

What are your thoughts on this? Do you think people are overreacting or not reacting enough? Let us know in the comments.