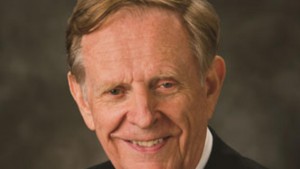 [wp_ad_camp_3]
Over the past few days, a lot of people and circles have been claiming that reowned LDS Historian Richard Bushman and author of Rough Stone Rolling no longer believes in the faith.

As was originally posted on a blog post written by Dr. Daniel Peterson, a renowned defender of the faith in his own right, Bushman clarifies the matter.

Thanks for coming to my rescue Dan. I had begun to pick up indications of these exchanges a few days ago. I have been using the phrase “reconstruct the narrative” in recent talks because that is exactly what the Church is doing right now. The Joseph Smith Papers offer a reconstructed narrative, so do some of the “Gospel Topics” essays. The short First Vision film in the Church Museum of History mentions six accounts of Joseph’s experience and draws on all of them. That is all reconstructing the narrative. I got the phrase from a young woman who reported that she and her husband had both been through faith crises. She had come back; he had remained alienated. But both of them had to reconstruct the narrative. We have to include, for example, the fact that that the first words to Joseph in the First Vision were: “Your sins are forgiven.” That makes us look again at his life and realize how important a part forgiveness played. Similarly, we now have assimilated seer stones into the translation story. A picture of a seer stone now appears in the Church History Museum display. That would not have happened even five years ago. The list goes on and on.

I consider Rough Stone Rolling a reconstructed narrative. It was shocking to some people. They could not bear to have the old story disrupted in any way. What I was getting at in the quoted passage is that we must be willing to modify the account according to newly authenticated facts. If we don’t we will weaken our position. Unfortunately, not everyone can adjust to this new material. Many think they were deceived and the church was lying. That is not a fair judgment in my opinion. The whole church, from top to bottom, has had to adjust to the findings of our historians. We are all having to reconstruct. In my opinion, nothing in the new material overturns the basic thrust of the story. I still believe in gold plates. I don’t think Joseph Smith could have dictated the Book of Mormon text without inspiration. I think he was sincere in saying he saw God. The glimpse Joseph Smith gives us of divine interest in humankind is still a source of hope in an unbelieving world.

If anyone has questions about what I believe, I would be happy to hear from him or her. I believe pretty much the same things I did sixty years ago when I was a missionary.
Richard