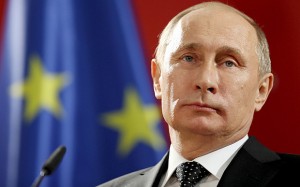 [wp_ad_camp_3]
The Church issued this statement today in response to the news: “The Church recognizes a new law will take effect in Russia on July 20, 2016 that will have an impact on missionary work. The Church will honor, sustain and obey the law. Missionaries will remain in Russia and will work within the requirements of these changes. The Church will further study and analyze the law and its impact as it goes into effect.”

The Washington Post reported on the legislation referred to as the “Yarovaya laws”:

“Russian President Vladimir Putin on Thursday signed into law a controversial package of counterterrorism measures, including tougher sentences for extremism and heightened electronic surveillance of Russian citizens, that have provoked condemnation from rights activists here…

“The measures will impose tougher sanctions on mass unrest and limit proselytizing, to representatives of registered religious groups. Pacifist religious organizations, including Jehovah’s Witnesses, complain they have been targeted by laws aimed at violent groups.”

In order to share their religious beliefs, Russians will be required to obtain a special permit from the Russian government. Even with a permit, missionary activities will be restricted to churches and religious sites. Not only will the new restriction affect the public scene, but people will not be allowed to share religion with people privately in their homes, nor online.

There are currently 7 missions in Russia that will be affected.