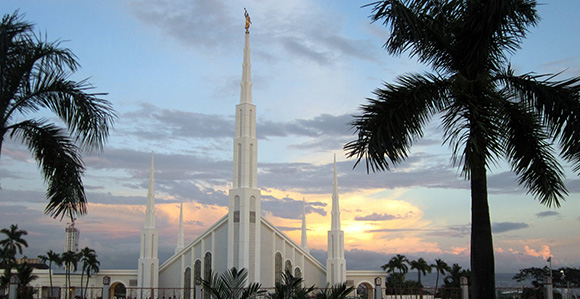 In an article published in the Ensign of June 2001, Elder Dallin H. Oaks of the Quorum of the Twelve Apostles addressed the topic of miracles by sharing a personal story of the miraculous protection of the Manila Philippines Temple. At about 3 p.m. on Saturday, Dec. 2, rebel soldiers breached the gate of the temple and occupied the temple grounds exchanging gunfire with loyal government forces in a nearby military installation called Camp Aguinaldo, he said.

This was communicated back to Elder Oaks by Elder George I. Cannon a member of the Seventy who was then president of the Church’s Philippines/Micronesia Area.

Elder Oaks said, “At 8 a.m., 3 December, [1989] just 30 minutes after I received that alarming report from Manila, the assembled First Presidency and Quorum of the Twelve bowed in prayer and pleaded with the Lord to intervene to protect His house. Elder Marvin J. Ashton led our prayer. As we prayed, it was 11 p.m. Sunday evening in Manila, the exact hour appointed for the assault.”

The attack never occurred. “Twenty minutes after our prayer, President Cannon phoned Church headquarters to report that the military commander had unexpectedly decided against a night assault. Early the next morning, Philippine time, President Hogan phoned to say that the rebels had melted away during the night. I recorded in my journal, ‘I consider this a miracle of divine intervention no less impressive than many recorded in holy writ.’ ”

Read the rest of the story in the Church News.