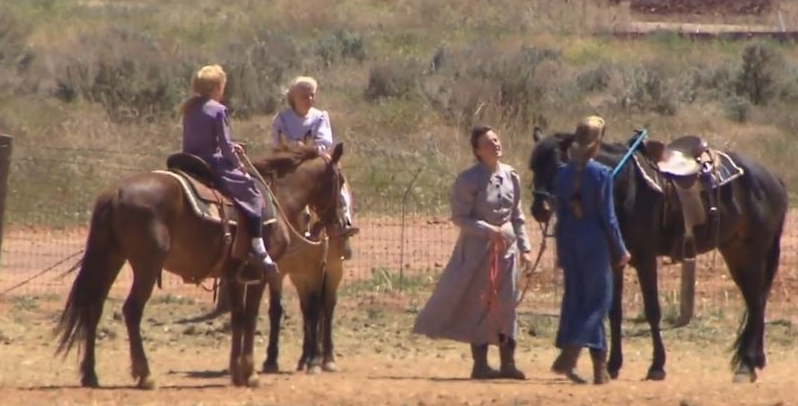 *We posted this story as it is of interest to many of our readers but we want to make it clear for those who do not know, the FLDS church is a completely different and distinct religion from that of ours, which is The Church of Jesus Christ of Latter-day Saints whose members are sometimes referred to as LDS members.

(KUTV) Members of the FLDS polygamous community sect are reportedly bracing for the Apocalypse on Wednesday.

Elissa Wall, who escaped the FLDS years ago, told The Guardian that on Wednesday, the FLDS people have been told that Warren Jeffs, the man they consider their prophet will be freed from jail when an earthquake crumbles the walls of the prison where he is jailed.

At the same time, his brother Lyle Jeffs, who ran the FLDS community in his absence but was recently jailed on fraud charges, will break free from the Salt Lake federal court house when he appears for a hearing.

Tonia Tewell, Executive Director and Founder of Holding Out For Help, a group that helps about 200 people escape polygamy every year, said she too has heard about the end-of-the-world prophesy and she feels confident Warren Jeffs sent that message to his followers from his Texas prison cell.

“I think it’s very convenient that April 6 is the apocalypse,” said Tewell.

She said her gut tells her that Warren Jeffs made the prophesy because he needs money for the legal defense of his brother Lyle and ten others who were also recently charged with committing food stamp fraud — duping the government out of millions of dollars.

Tewell said in the past, when Jeffs predicted doom for his people, he also asked them for money. In the past, some FLDS people have reached out to her group desperate for loans to fulfill the requests of their leaders.

“You are loyal to the church and do exactly what Warren says because Warren hears directly from God and you want to please God,” she said of the FLDS people’s dilemma who live in fear of not going to heaven.

Read the rest of the post here at KUTV

One Reply to “FLDS people reportedly brace for apocalypse on Wednesday”