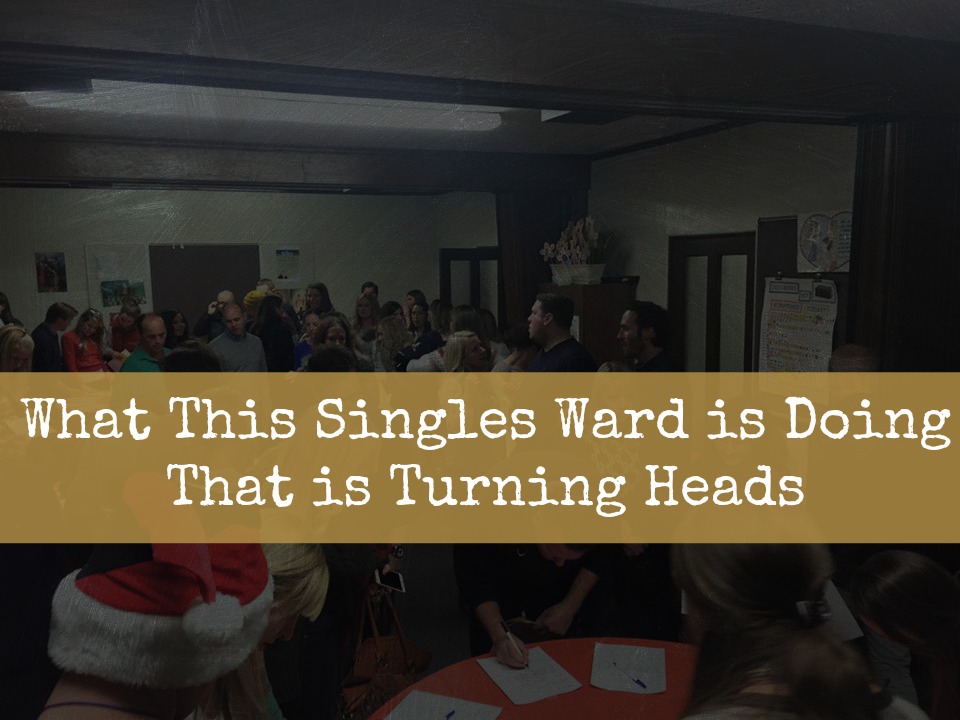 What if I told you about a singles ward that recently had a 3-hour Sub-for-Santa auction and raised over $41,000? What if I told you that they spent another 3 hours of shopping for 150 families and Walmart had to dedicate 6 lanes just to their ward for all of the Christmas gifts they had purchased for those families?

What if I told you that their ward members rotate and have different groups go do the following:

What if I told you they do everything mentioned above every Sunday, all year long in addition to their regular church callings, monthly service projects and other volunteer efforts? Well you probably wouldn’t believe it but it’s true and it’s just one of the many things that makes the Parley’s 7th ward, in the Salt Lake Parleys Stake so special. Oh, did I mention that this is a singles ward?

What Makes Them Different

Brett Derricott, who is the chair of the Service Committee, talked to us about why he thought that their ward was so service oriented.

“Bishop Chris Neilson and his wife Heidi lead by example when it comes to giving service. They regularly encourage and inspire ward members to give more service, and the fruits of that increased service are often mentioned by ward members during testimonies and talks. Hearing how someone’s life has been blessed by giving more service then leads other members to serve, and the cycle continues. Under the Neilson’s leadership our ward has developed a strong culture of service.”

When asked about the fact that it seems that many individuals in single wards are focused on just getting married and what made their ward different, he responded by saying:

“I believe members of the Parley’s 7th ward care very much about marriage. It’s an important goal that every ward member is working towards. These unmet righteous desires can certainly be a source of sadness and frustration if one chooses to focus only on what is missing, but we’re taught to focus less on what we don’t have and more on what we can do to make the world a better place. As we continue to work towards marriage and family goals, our bishopric asks us to use our time and resources to help lift others within the ward and the community. Ward members respond to this call with incredible selflessness and generosity.” 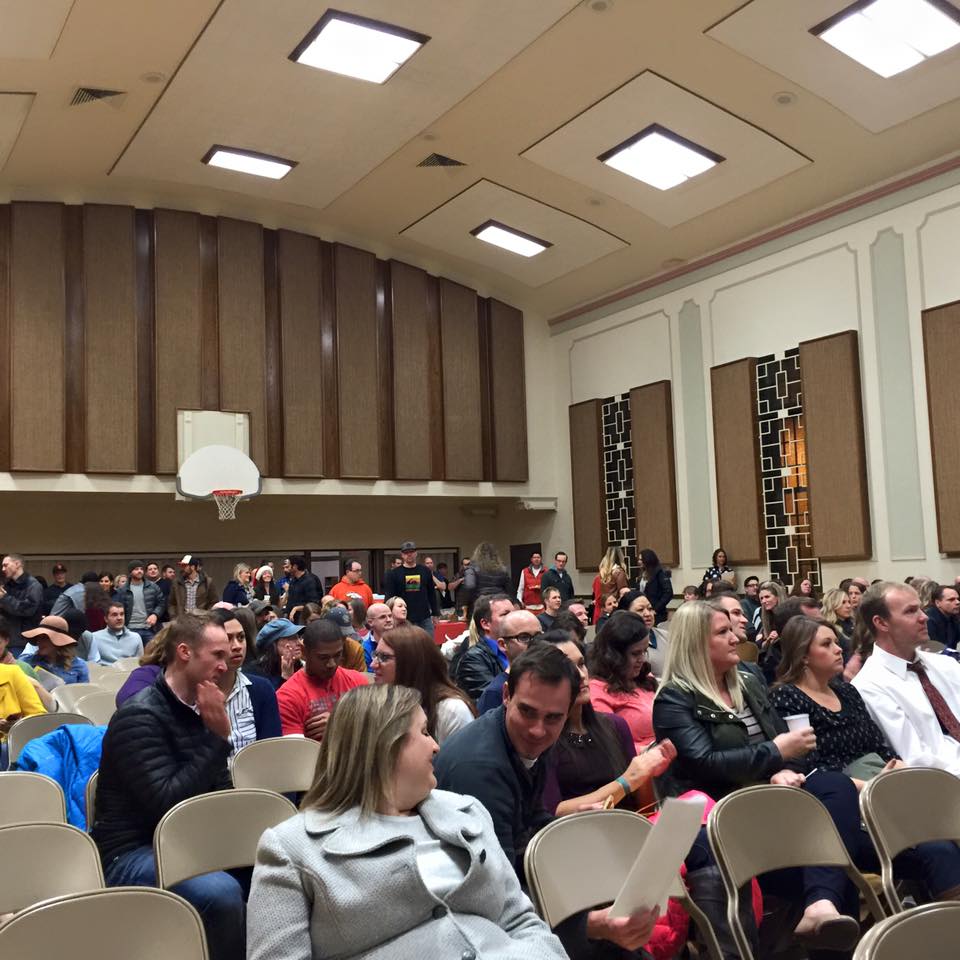 Members of the Parley’s 7th ward participating in a Sub-for-Santa auction that raised over $41,000 for over 150 different families. Photo courtesy of Saborn Va

The mindset of the ward is like any of the other singles wards in the valley and in the church but they also continue to grasp and understand their own potential in doing amazing thing today, and utilize the unique opportunties that being single affords them to do in helping those around them.

Another member of the ward Saborn Va told us “I know that when most people write about the midsingles demographics, they tend to focus on their life of being single. People forget how much service this group are capable of providing because they are single.”

Truly it’s become a cultural mindset.  As new members join the ward, they are brought into their this “service culture” and participate in the various service project that they do every week.

In addition to everything that is mentioned above, the members in this ward fill 9 service teams who each do a monthly service project. Organizations they often assist include Volunteers of America, South Valley Sanctuary, Utah Food Bank, Special Olympics, Ronald McDonald House, Guadalupe School, etc. They also help teach classes and fill other callings in understaffed local church units. In short, they help everyone around them in and out of the church.

This ward is a shining beacon of what singles wards (or any ward for that matter) could do if they created such a culture of service within their own areas. Could you imagine what thousands or tens of thousands of wards around the world could do if they had the same service oriented mindset to not only do service, which most wards already do, but to do it on such a scale? Could you imagine the impact if the wards simply added an additional 1-2 hours a month to focusing on service oriented goals?

While the Parley’s 7th Ward stands out in terms of their service oriented mindset, they don’t stand out because they are inherently more talented, more gifted or in any other way better than any of the rest of us.  They are doing so much good simply because they choose to do so and have created a mindset within the wad of truly sacrificing their time and resources to help those around them.  It’s one thing to have leaders or individuals sacrifice so much of their time and energy within a ward to serving others.  It’s an entirely different thing to have the entire ward have the same mindset and willingness to serve.

Hopefully we all can take something little from the example of the members of the Parely’s 7th ward and increase our own personal desire to do a little more service for others not only at Christmas time, but throughout the year.

Below are some of the other photos from their Sub-for-Santa auction and shopping where they provided gifts for over 150 different families. 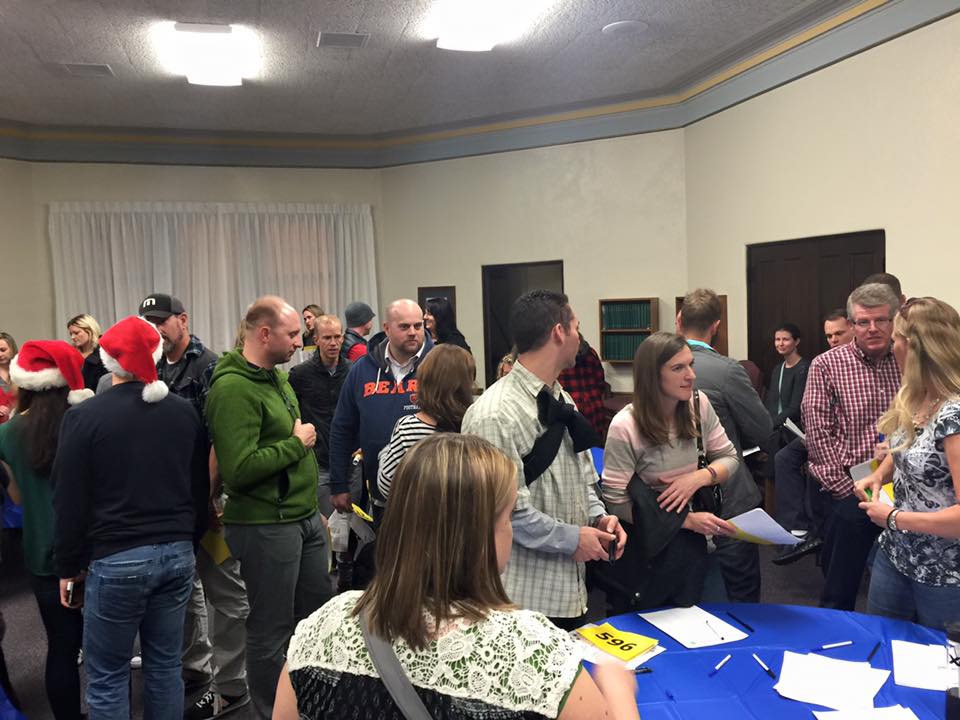 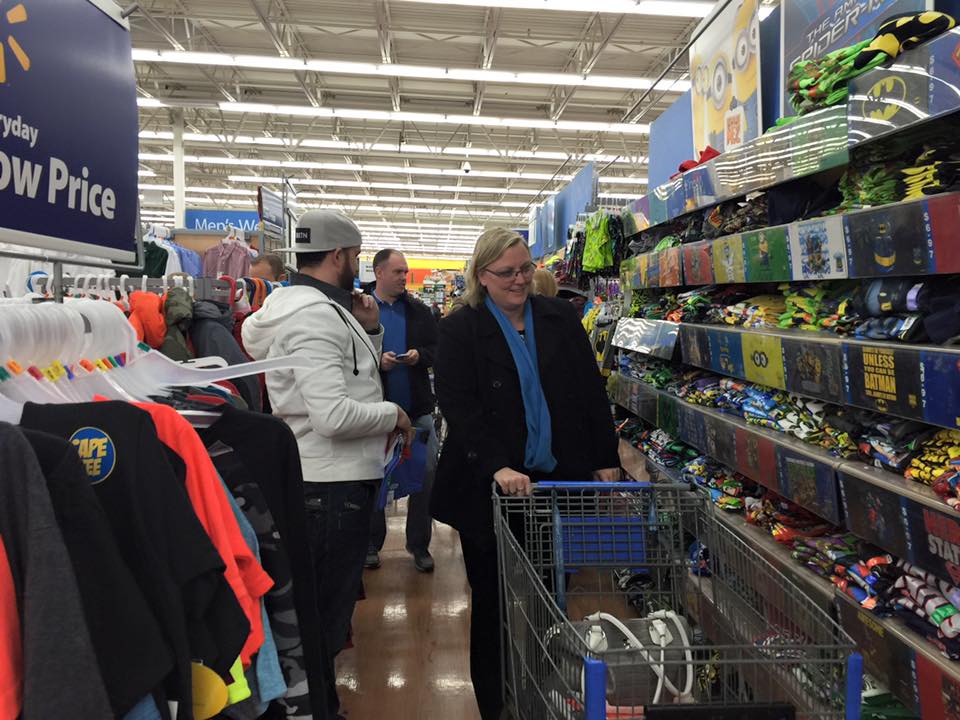 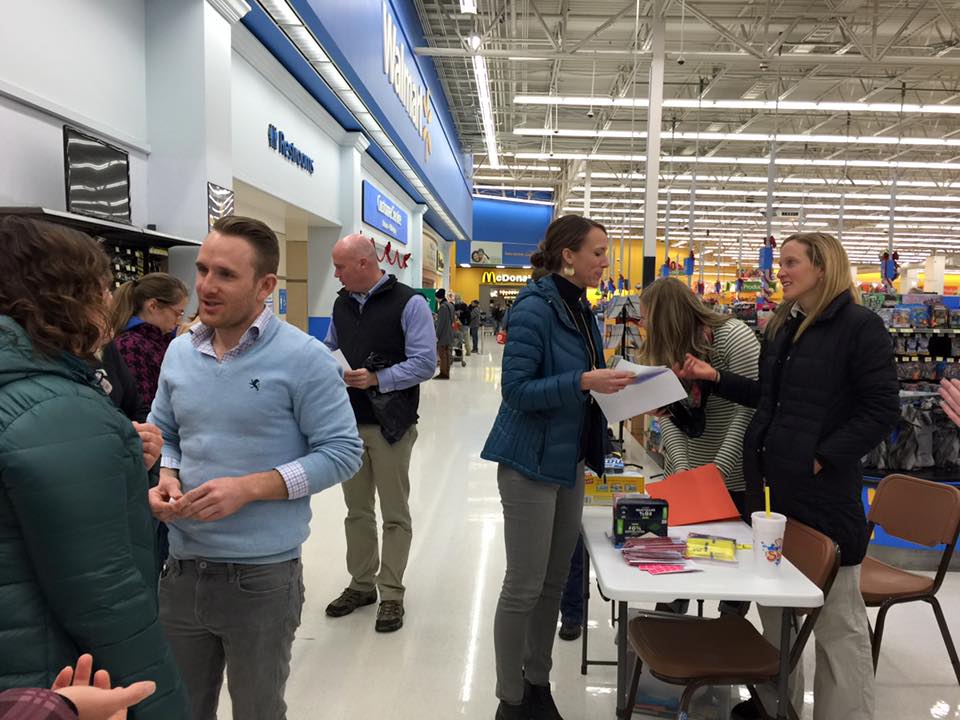 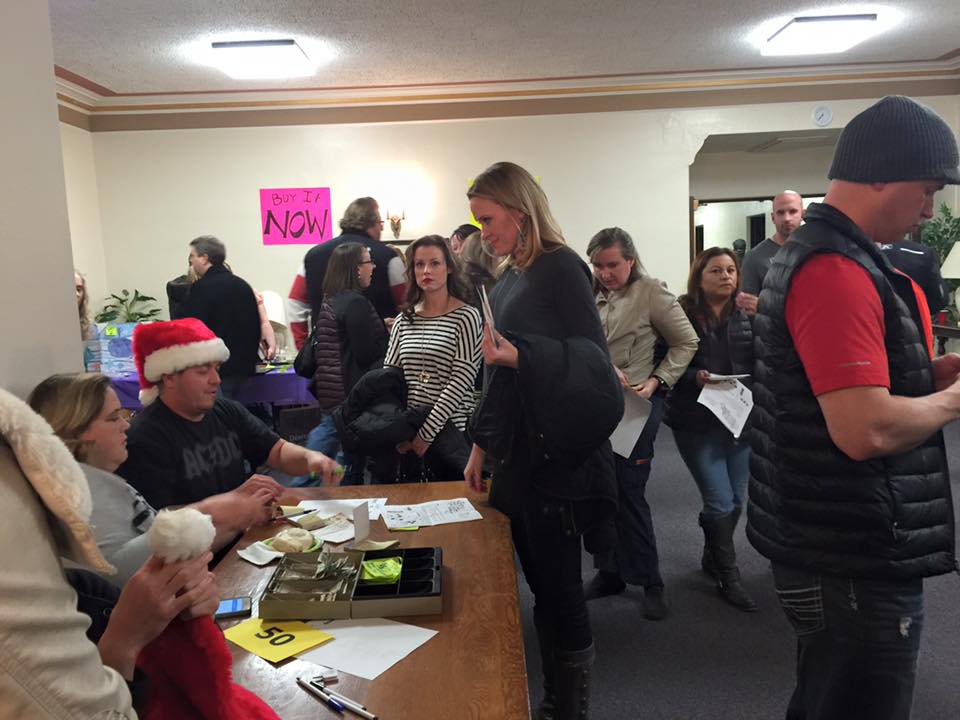 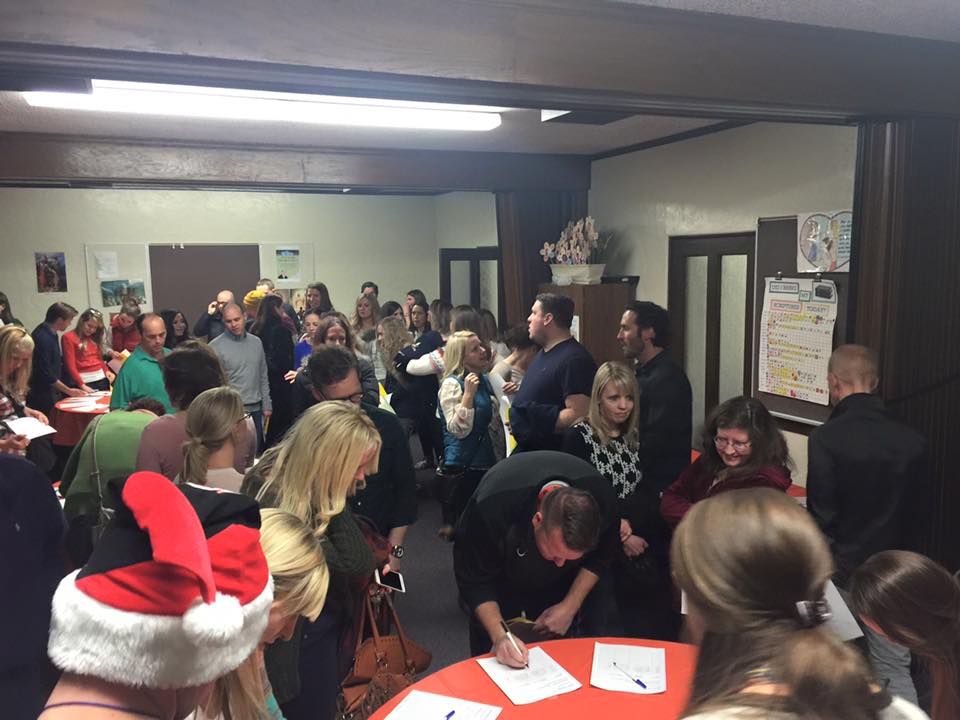 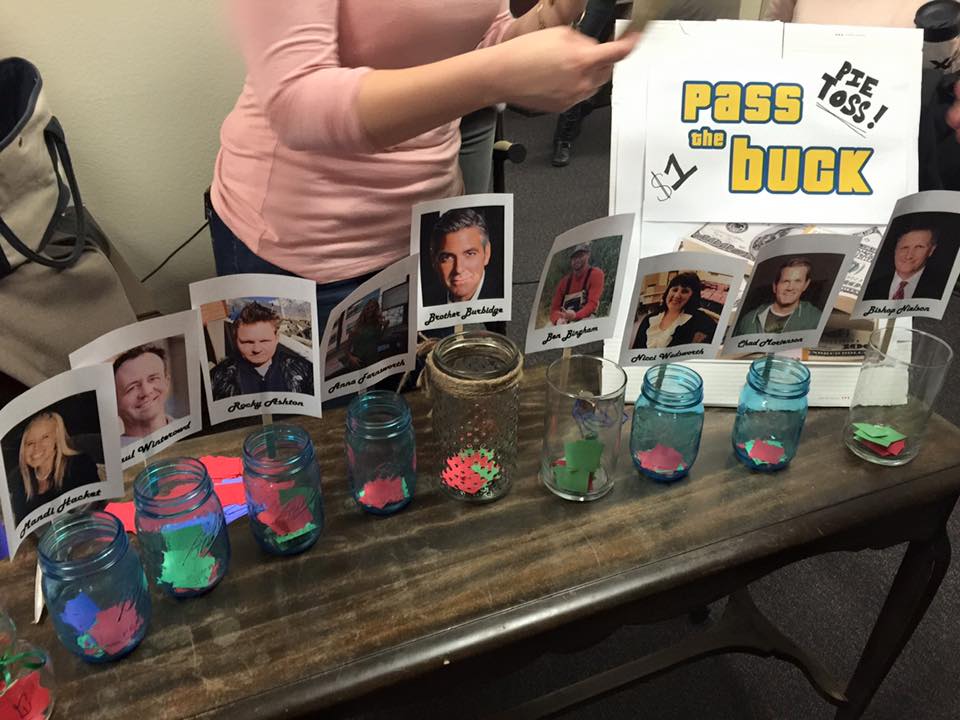 Get Your Spiritually Minded Is Life Eternal Necklaces *SMILE*