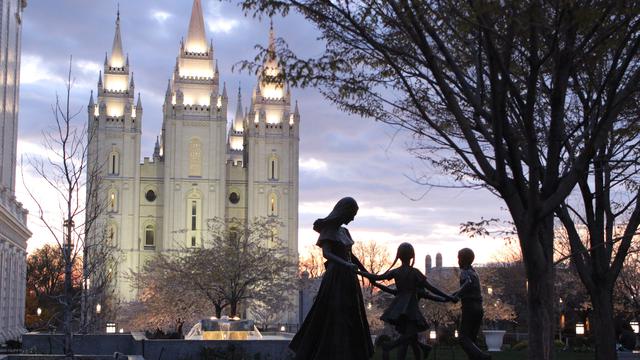 [wp_ad_camp_3]
The New York Times wrote in a recent editorial: “The response of hundreds of members of the church was powerful.  In recent days, Mormons have been leaving the church in droves, saying they no longer feel at home in an institution that so resolutely excludes a segment of the population that has become increasingly visible, legally protected and socially accepted in America.”

There are 15 million members of the The Church of Jesus Christ of Latter-day Saints in the world and 1500 resignations accounts for 0.01% of them.  To put that in perspective, using a convention of 4 deaths for every 1,000 individuals (the national average is 8 deaths per 1,000 individuals but as Mormons statistically speaking have a lower mortality rate than the national average, we used a much smaller number), 61,489 members of the church died last year which accounts for 0.4% of the total population or 40x the number of individuals who resigned during the protest.

To say that members are just leaving in “droves” is a bit of an exaggeration that causes some to believe that the church is falling apart. In situations like these, no one is a winner. It’s not that we as members rejoice because we have lost 1500 souls. We all are hoping and praying for our brothers and sisters who have left the church and those who are still in the church that were deeply hurt over these policy changes. I talked a lot about this in a post I did last week “Stop fighting about the policy change” where I talk about the fact that it’s ok for people to “wrestle” with certain decisions and work it out for themselves as they continue within the church. I also talk about looking at things from different perspectives and understand the real pain that has been caused by those affected by the changes but also looking at the perspective of the leaders and how they are leading the church.

However, the point of this post is not to downplay the fact that 1500 individuals left the church, but to bring some reassurances to those who are still in the church that the church is not falling apart as some others may lead us to believe.

Take a deep breath, it will be ok.