During the Sunday afternoon session,  Devin Durrant who was a McDonald’s All-American out of high school and played basketball for BYU, Indiana Pacers and the Phoenix Suns basketball teams, gave a talk that everyone has been talking about.

The main focus of his talk, or at least the thing that everyone will remember from it was his use of the word “Ponderize” 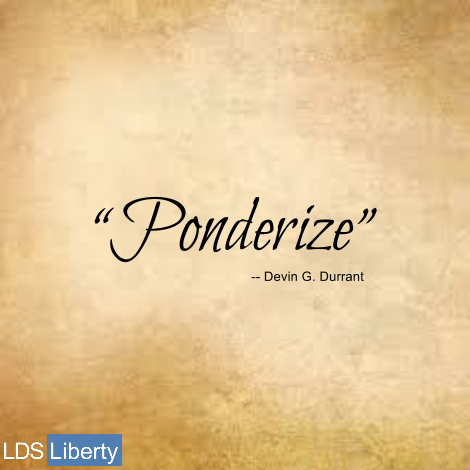 Immediately the twitter sphere starting talking about the new word that Elder Durrant used in his General Conference talk. 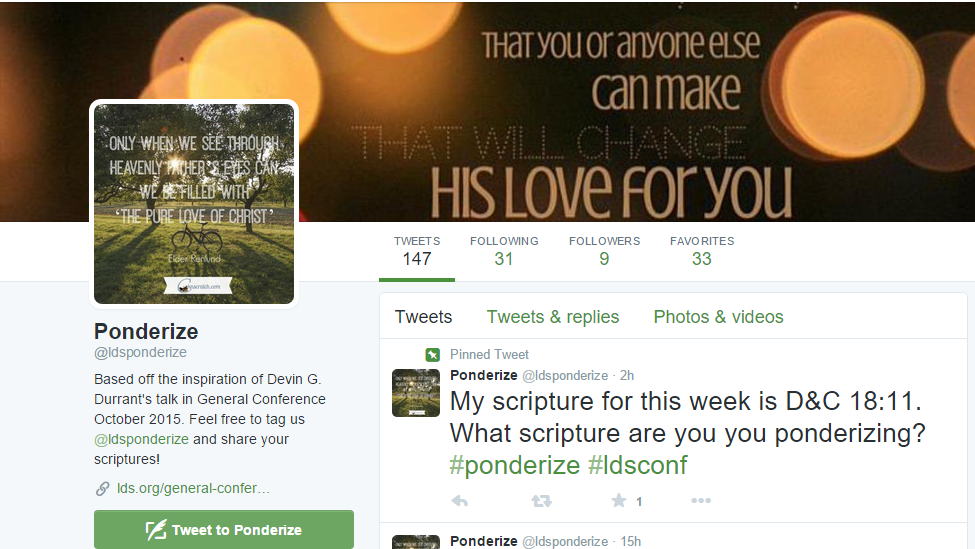 Then of course you have the hundreds, if not thousands of tweets and reactions (both positive and negative) from members around the world about the word “ponderize”

I guess I was asleep when #ponderize became a thing. Someone please explain #ldsconf

People. STOP IT. This word is as stupid as fleek. #ponderize #ldsconf pic.twitter.com/WyeR75ZHvT 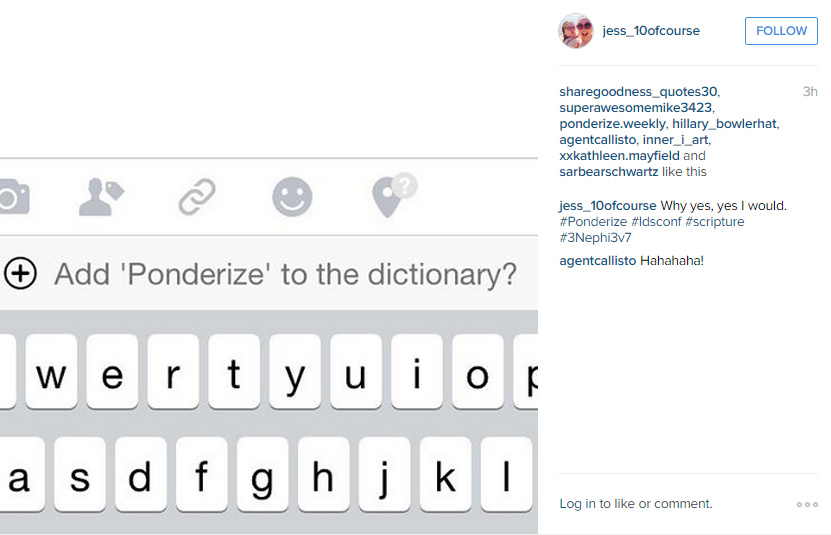 #ponderize is such an odd word. I think I will just ponder instead — Becca Elkins (@rselkins) October 5, 2015

Who is going to #ponderize for 17 more years? This guy… pic.twitter.com/2mFM09brD2

The Holmoe Family accepted the Durrant Family’s invite to #Ponderize in January. And now, we invite you to begin too! pic.twitter.com/fJ3pjjxYha — Tom Holmoe (@TomHolmoe) October 4, 2015

Then you had the “Ponderize Store”. 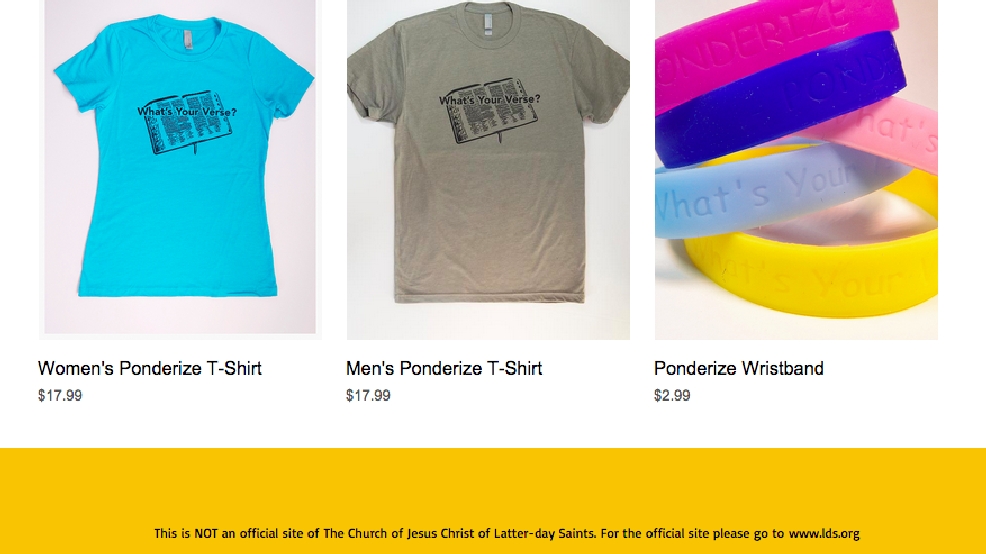 The problem that came up was that the site was registered to Elder Durrant’s Son and daughter-in-law and well…there was quite the backlash. Skeptics viewed this as a ploy to monetize from a captive audience at LDS General Conference. Others viewed this as simply a tacky idea from a message that at its heart was well-intentioned.

As they stated on their Faceboook page Ponderize Weekly:

Hi All,
We have decided that it is best to take down the Ponderize.us page because of those who were offended by our idea. We ensure you that we only had good intentions and continue to believe that this would have been a great way to remember to Ponderize but we would rather shut down the site than let a wonderful message be tainted.
We will keep this Facebook page and will continue posting weekly scriptures and hope you do the same!

Hi ponderizers! In light of recent comments, we would like to clear up what our initial intentions were in creating this page and ponderize.us. We thought it would be fun to create a simple reminder for ponderizers with T-Shirts and wristbands. To ensure that the wrong impression is not portrayed, all profits will go to the missionary fund from ponderize.us. We ask that you please use this page for only uplifting comments. We hope this page will continue to be a good influence, helping people ponderize and share their insights with others. Join us here or create your own local ponderizing groups wherever you might be!

It seems that it was just a poorly thought out idea that at its heart was well meaning and while the store idea might have been a bit tacky, the core message should be still applied by members around the world…whether or not you actually use the word “ponderize”.

Elder Durrant has made an apology on his Facebook page, read the apology here.

Leave us your comments below.

One Reply to “Brother Durrant Created a New Word, The Internet Exploded and the Backlash”