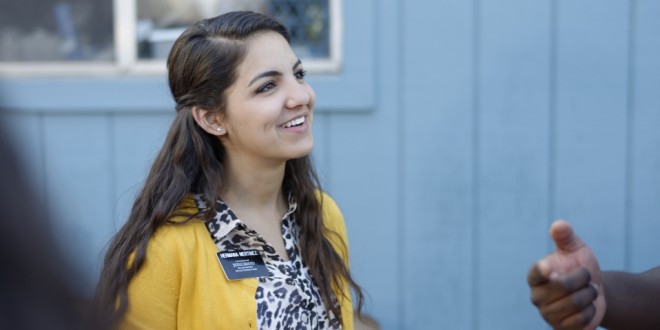 Thanks to LDS Daily for sharing this story with us.

Mette Ivie Harrison shared some thoughts to the largely non-member audience of the Huffington Post about LDS missionaries. Having a daughter who recently returned from a mission in Texas, Harrison discussed some little-known facts about missionaries, how to treat missionaries with respect, and what to do when a missionary approaches you. Here are just a few of her examples:

1. Don’t say that you’re not available right now, but that you’d love to listen if they’d come back at a later time. This happens to all missionaries and you’re probably just trying to avoid being rude, but missionaries are absurdly hopeful and they will keep coming back for quite a while.

2. Instead say that you’re not interested. Say it kindly and politely, but be honest. Say you already have your own church you’re happy with. Say you don’t believe in God. Say you don’t like organized religion. (I don’t recommend saying that you know that Mormons are polygamous and you don’t want to join a cult–the missionaries will feel obliged to correct you about this.)

3. Don’t make an appointment with a missionary at a time when you know you will not be home. This may seem like an easy way to get out of having to tell them you’re not interested, but it’s rude. Missionaries always follow up on appointments and sometimes they will either walk or bike to your house and find you not there. Then they will have to call and hound you to find out why. It’s just easier to say no to begin with.

4. If you’re curious about Mormonism, but have no interest in joining, you can be honest and upfront about this as well. Missionaries can decide for themselves then if they have time just trying to build goodwill with non-members rather than trying to find someone who might be more genuinely interested in joining.

Read the rest of the story at the Huffington Post