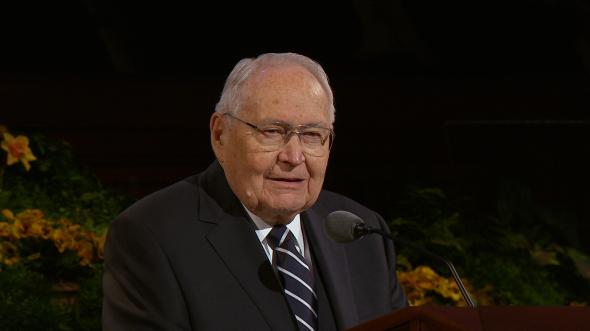 According to church officials, the cancer that Elder Perry was diagnosed earlier  has now spread aggressively through his body.

“Elder Perry has asked that we share his thanks for the prayers and kindness extended to him by church members and friends,” church spokesman Eric Hawkins said Friday morning. “Despite earlier treatments, cancer has spread aggressively to his lungs and beyond. Elder Perry is at home. He will no longer attend meetings, though he is still receiving visits from members of the Quorum of the Twelve, the First Presidency and close family. He will begin receiving hospice care in the coming days.”