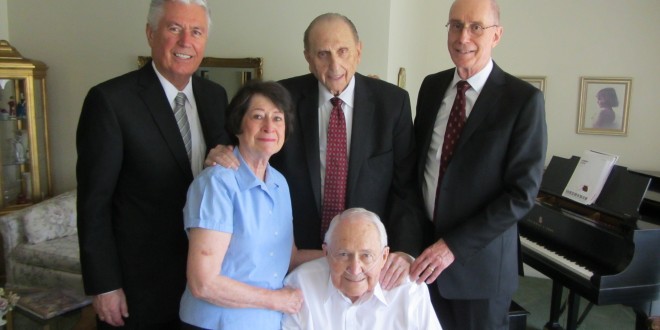 Elder Richard G. Scott, 86, is resting at home recovering from his recent hospitalization for internal bleeding.
Elder Scott currently is not able to participate fully in quorum meetings with the Twelve.  An ulcer in the stomach was found and the bleeding was controlled without major surgery.  He is currently in stable condition.

Elder Perry as was mentioned in an earlier piece is still attending to his responsibilities as a member of the Quorum of the Twelve and is pictured above with the First Presidency.  He is still being treated for thyroid cancer.