[wp_ad_camp_1]
According to Mormon Life Hacker the church is rolling out a beta system testing out paying tithing online (this has now been confirmed my multiple individuals from other stakes who are currently in this beta roll out).

Below is a screenshot that his friend took while he playing around with the new feature in their LDS.org Account.

Apparently if this system rolls out to the general public, all one would need is to have an LDS.org account and a bank account set up to go through the system. While this system hasn’t been implemented church-wide, selected stakes are beta testing the system. 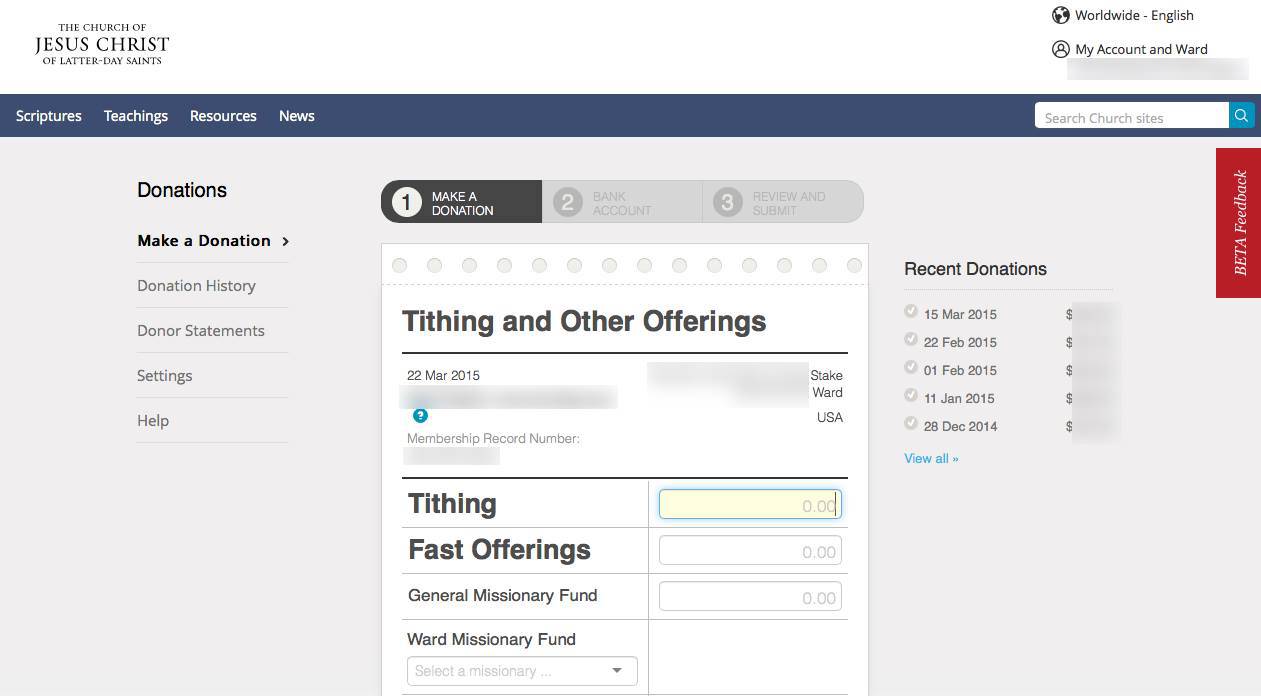 It seems like a very simple system to use and would make paying tithing (for individuals like myself whose only use of a check is basically to pay my tithing) much easier.

What are some of your thoughts? Would you rather pay online or keep using the traditional method of paying it via cash/check? Let us know what know what you think below.