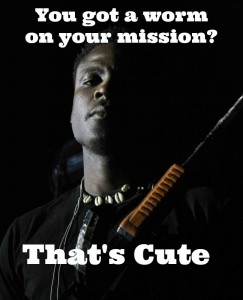 So for starters, if anyone (besides your mother) decides to make a movie about your mission, you know you probably had a pretty crazy mission. Imagine being a close friend of Elder John Gaye. After you finish up telling him your crazy story of some parasitic worm that you got in one of the 59482 missions in Brazil, you turn to him and ask “so what was the craziest thing that happened to you on your mission?” As he mulls over your question his response goes something like this…

“Well there was this one time that we were preaching in an area during the midst of a civil war. Coincidentally I just happened to be a member of the Krahn tribe whose members were being murdered in broad daylight by rebel fighters. So we decided to get out and go to a city called Freetown but the journey was treacherous not only because of the incredibly rough terrain but also due to the fact that there were multiple rebel checkpoints along the way, we were being hunted down by one of the rebel members, didn’t have much food or water and there were seven of us packed into a glorified Geo Metro. Oh and when we got out of the country, we didn’t come back for another 7 years. Yeah, I think that was probably the craziest part of my mission.” 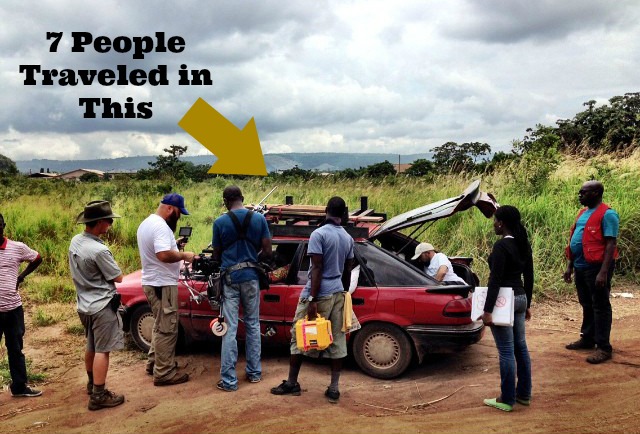 Thus is the main story line of 6 Liberian missionaries whose story was depicted in yet another great production directed by Garrett Batty (Saratov Approach). Batty definitely brought his “A” game with this film. Fifteen minutes into the movie, you’ll forget that you’re watching an “LDS Film” because you’ll be captivated by the story line unfolding in front you.

There was a day a few years back, where it seemed that every LDS film that came out was simply one in which you tried to cram as many Mormon humor jokes (not unlike many of our posts here on LDS SMILE) into a 90 minute film. But recently with films like Saints and Soliders, Saratov Approach and Meet the Mormons, you are starting to get films that transcend Mormon culture and are being recognized by critics and audience members alike as simply being great movies. 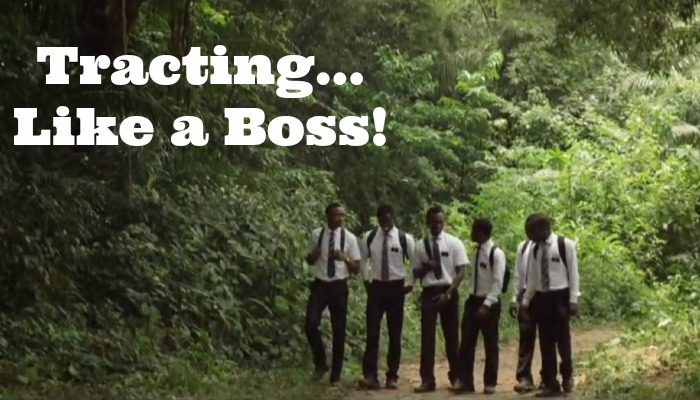 Freetown does an amazing job of depicting the not so black and white world of faith. Faith is very much like an organism that flourishes under certain situations and if not guarded can be diminished in others.  Faith is not a linear progression towards an inevitable end but can and does ebb and flow throughout our lives.  Freetown does a tremendous job of showing that while we are all at different levels of faith relative to ourselves and others, we need to be cognizant and patient enough to allow God the opportunity to justify our faith in Him and know that in the end He will do so.

This is a movie that will be 10x better watching in the theater (unless you have a full scale movie theater room in your house in which case we’ll just call that a wash).  This isn’t Church Ball or The Singles Ward.  The cinematic experience is definitely worth the money to watch it at the theater.

Freetown is an action packed movie that will take you on an emotional roller coaster ride. One minute we had tears in our eyes and the next we were laughing at the amazing humor these missionaries had even in their extreme circumstances. We left this moving feeling overcome with gratitude at what missionaries are willing to go through and sacrifice in order to further the work of the Lord.

Below is a trailer to this amazing movie.