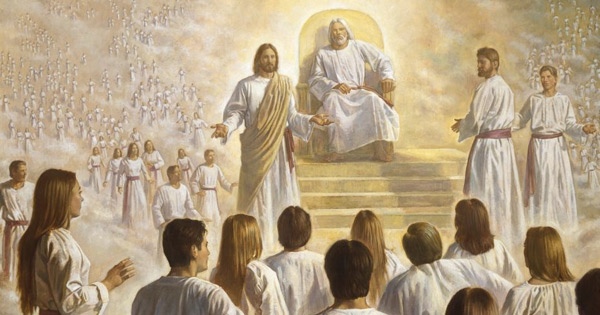 Having been raised in The Church of Jesus Christ of Latter-day Saints, I was taught the key doctrines of the faith—along with various teachings that were not necessarily true, though I accepted them as such in my youth. This was the case with one of the most central issues in our theology—the catalyst for choosing Christ over Satan. I’m referring to the “war on agency” waged by Lucifer, God’s fallen son.

Other quotes from church leaders exist suggesting disagreement on this position. Questioning “whether the intelligence of man can be compelled,” President J. Reuben Clark said, “As I read the scriptures, Satan’s plan required one of two things: either the compulsion of the mind, the spirit, the intelligence of man, or else saving men in sin” (emphasis added). Questioning the former, it’s clear he was suggesting a stronger case for the latter.

The Church’s own approved literature suggests a diverging view of the common “force” narrative; one Institute manual notes, “Most people think that [Satan] would have forced us to do right, but that is only one possibility. Certain conditions are necessary if we are to have agency… Satan might have destroyed our agency by eliminating any one of those [conditions] and he is still trying to destroy our agency using the same techniques of deception and lies” (emphasis added).

What are those conditions?

Read the rest of this post at Connor’s Condundrums