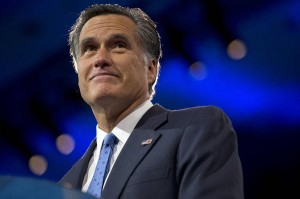 [wp_ad_camp_1]
Former Massachusetts Gov. Mitt Romney will not make a third run for president, he told supporters on a Friday morning call, saying he believes it’s “best to give other leaders in the party the opportunity” to become the nominee.

Romney acknowledged during the call that he may not have been the strongest contender for the GOP in a general election, and said that was the primary motivation behind his decision.

“I feel that it is critical that America elect a conservative leader to become our next president. You know that I have wanted to be that president. But I do not want to make it more difficult for someone else to emerge who may have a better chance of becoming that president,” he said.

Read the rest of the story on Fox 13.