We do a lot of interaction on our FB page and we wanted to say thanks to everyone who shared their stories with us. Below are some of our favorites:

I’ve been trying to get my husband to stay awake at church and so I post photos of my husband when he falls asleep and then post it on social media. It hasn’t worked out so well but at least we all get a laugh out of it.

Simple prank, I just replaced the door wall protector and duct taped an air horn to the wall and when my mom came home…lets just say she was scared out of her wits. 🙂

We had FHE in our singles ward and afterwards we decided to pull a prank on a friend of mine. I told him we would buy him a slushee and what we did was place a straw into a ketchup packet and then stuck the packet into the slushee. The look on his face when slurped up ketchup was hilarious! We were laughing so hard.

My wife and I jokingly harass each other a lot. One of my favorite things to do is when I’m driving, I’ll pass gas but then I’ll turn on the child window locks as well so she can’t roll down the windows.

We were supposed to bring some caramel apples for the ward activity we were having. We decided we would have some fun with it as well. What we did is instead of covering the apples with caramel, we covered raw onions. You couldn’t even tell the difference but you definitely could tell after you took a big bite of the onion. Just to let everyone know though, we did bring real caramel apples after the prank. 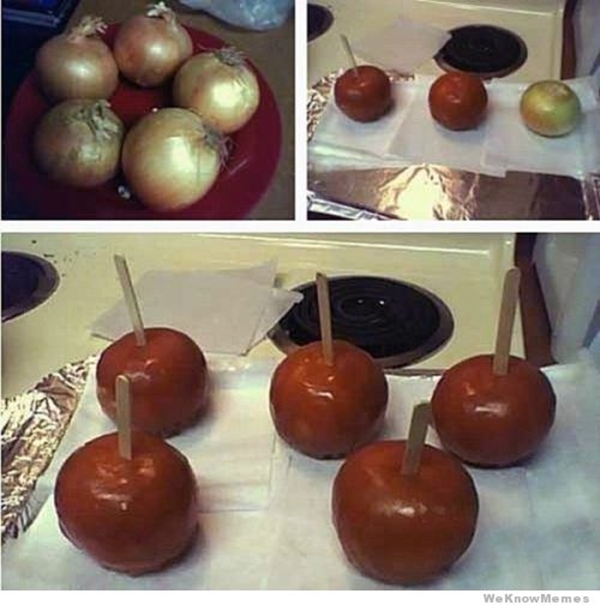 One Reply to “Hilarious Stories of LDS Members Pranking Each Other”