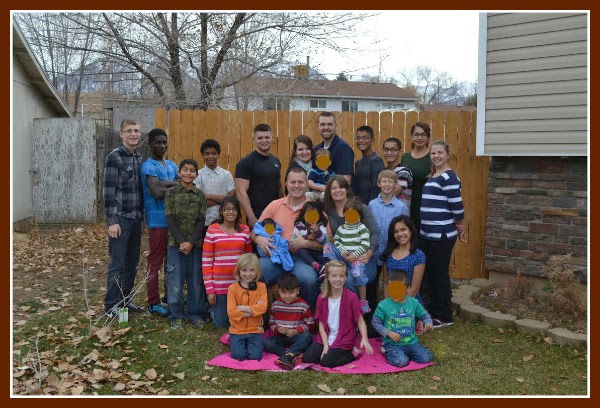 I am so excited! This is my first guest writing appearance. I was asked to share the story of my family. If there is one thing I love to talk about, it is my family. You see, I was born in Ohio and grew up in Michigan. My parents divorced when I was 5. My husband, John grew up in Michigan too. His parents were also divorced. John is the oldest of 4 children. I am the youngest of 3. John grew up in the Catholic religion. I grew up in multiple religions, Baptist, Methodist, reorganized church, non denominational ….well, you get the picture.

John and I met through a mutual friend in 1990, we were 19 years old. We were pen pals. (You remember the days before email, texting, tweeting, you had to actually write a letter on a piece of paper and mail it.) John was stationed in Germany in the US Army. I was living in Ohio at the time, working at Cedar Point (amusement park). We wrote for 1 1/2 years then met at the Detroit Michigan Airport for the first time in February 1991. (This was during Operation Desert Storm and no one was getting leave (vacation), his was granted, We were engaged in a few weeks and then were married in November, of that same year. We also found out we were expecting our first child. It was such an exciting time. John was stationed in Hunstville, Alabama (Redstone Arsenal). Our first baby was born on July 21, 1992. A beautiful girl we named, Kodey.

Read the rest of this amazing story at Mormon Moms.