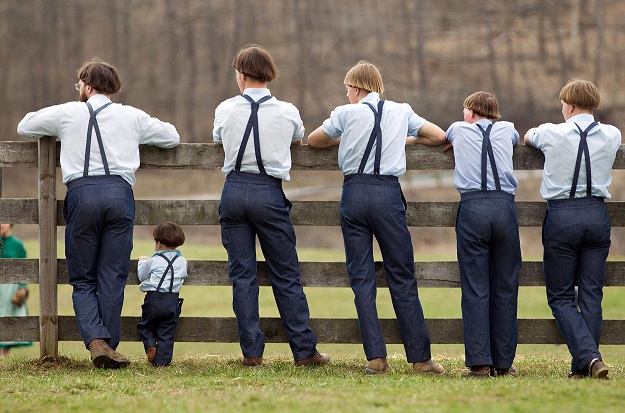 My hands froze on the keypad, and I looked to my fellow seventh-grader who had made the statement. We were in math class working on a homework assignment, and I hadn’t realized calculators were prohibited. It looked like all my classmates were tapping away on their electronic math aids. So I asked back, “Why?”

“Aren’t you Mormon? You can’t use calculators.”

And that’s when I realized: my classmate thought being Mormon was the same as being Amish.

After assuring him that I had arrived at school that morning in a car and that I had plans to use a computer later, I got back to my assignment, calculator in hand.

But that wasn’t the last time I’d hear something strange one of my classmates, coworkers, or even close friends who had an odd idea about what it meant to be Mormon. Here are eight more times I or one of my LDS friends have heard something about our beliefs from others who clearly didn’t quite get what it means to be a Latter-day Saint:

1.“But you don’t celebrate Christmas.”

The birthday of Christ is definitely something Latter-day Saints do celebrate (since we are Christians). We also observe Thanksgiving. And New Year’s. And other state and national holidays. In a recent survey, we even found that 95% of us celebrate Halloween.

When someone first accused me of this in junior high, it took me a few days to realize where he probably got that idea from: in addition to being not Amish, Mormons are also not Jehovah’s Witnesses. And we do celebrate holidays, with cake, decorations, presents, and everything.

2.“So, you dig up dead people and baptize them?”

No. I corrected the high school senior who asked me this and explained that “baptisms for the dead” aren’t a literal baptism of a deceased person’s body. This ordinance is done in name and by proxy in LDS temples. And we’re not forcing the deceased person to be baptized—it’s up to that person’s spirit whether or not they accept the baptism on the other side of the veil. But the moral of the story? Mormons aren’t grave robbers, either.

Read the rest at LDS Living

2 Replies to “9 Things People Get Wrong about Mormons”