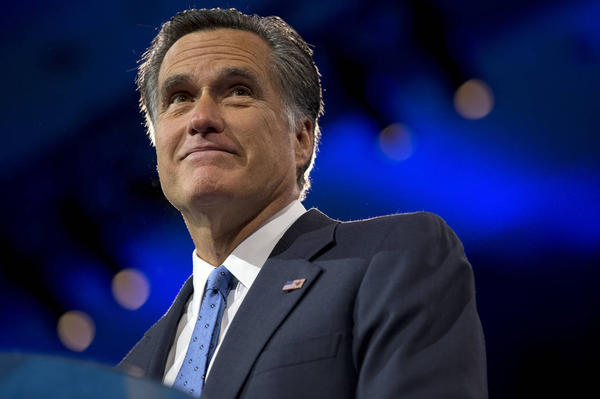 Mitt Romney is known by many titles: businessman, LDS Church member and, mostly recently, as the former Republican presidential candidate — but he isn’t known for being a jokester.

Stepping out of the strict and serious stereotype the press has given him, Romney had the audience filling the Marriott Center with laughter during his BYU forum speech, “Life Lessons from the Front.”


[wp_ad_camp_1]
Here are 10 quotes from Romney’s speech that will make you laugh.

1. A walk down memory lane

“When I went here (BYU), the Beatles were the only boy band. …The Cougareat only served cafeteria food. And Emma was Joseph Smith’s only wife.”

“I was an English major. That meant that I liked reading and writing. It also meant that I had no idea what I would do for a living.”

“In case you haven’t heard, I lost. Actually, I’d prefer to say that I won the silver medal. It’s something that gives you perspective.”

“At the beginning of a campaign, you experience a good deal of unwelcome anonymity: nobody knows who you are. Occasionally someone would come up to me and say: ‘You look familiar…who are you?’ I have a standard response to this. I reply: ‘I’m Tom Brady of the New England Patriots.’ This evokes a predictable laugh. But once, however, a fellow said he was a fan and asked for a picture. I can only imagine the guffaws when he proudly showed it to his friends.”

Read the rest of the story at Utah Valley 360.