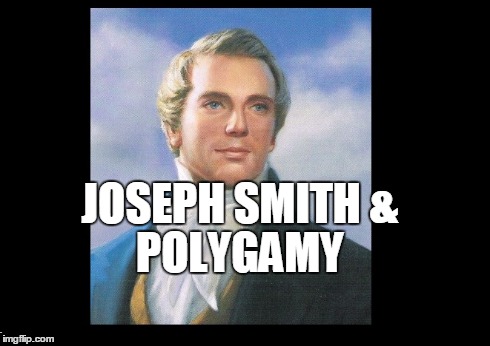 There has been a lot of discussion and media attention about articles recently published by The Church of Jesus Christ of Latter-day Saints detailing the history of the practice of Plural Marriage in the church.

The media has focused on what they characterize as a “shocking” disclosure by the church that founding prophet Joseph Smith was sealed to multiple women– including women who were already married to other men and a few young women, the youngest of whom was 14 years old.

I want to talk to those members of the church who are feeling surprised and upset by this new information and who may feel betrayed or deceived.

First of all, I want to let you know that your reaction is understandable. You had built up expectations about Joseph Smith that appear to have been contradicted. It is normal to feel upset when that happens.

You have probably seen headlines and blurbs like this one from the New York Times:

“It’s Official: Mormon Founder Had Up to 40 Wives”

“Mormon leaders have acknowledged for the first time that the church’s founder and prophet, Joseph Smith, portrayed in church materials as a loyal partner to his loving spouse Emma, took as many as 40 wives, some already married and one only 14 years old.”

“Many Mormons have mixed feelings about a recent disclosure from the church, acknowledging for the first time that the religion’s founder Joseph Smith had as many as 40 wives in his lifetime, including teenagers.”

As I discussed at length in my recent two-part podcast, it is times like this that it is important to be a critical consumer of information. You should take the time to analyze what it is that the church has actually said in its articles and not rely only on how that information has been characterized by the media or bloggers. Don’t draw any hasty conclusions. And don’t accept the headlines at face value. Headlines are by their nature an oversimplification.

Take the time to carefully read the actual articles published by the church on their official website:

Another thing to keep in mind is that the headlines and articles you have seen may have conditioned your mind to read the articles with certain assumptions. In other words, you have been told what the church has said so that when you do read these articles for yourself you will see what they have told you to see; this is a technique that stage magicians use all the time to influence what people perceive by predisposing their audience to see things a certain way.

Read the rest of the article at Sixteen Small Stones