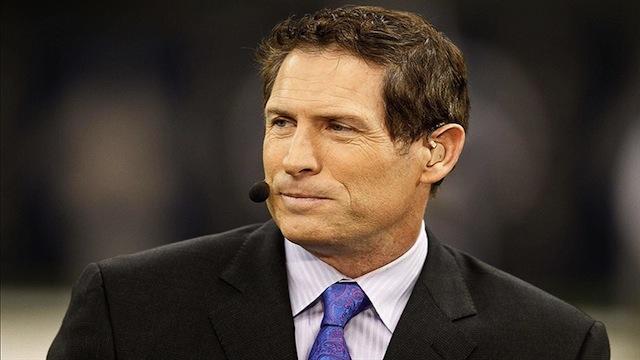 [wp_ad_camp_3]
A story that appeared on LarryBrownSports.com, Steve Young reportedly turned down a cameo role in “There’s Something About Mary” because of religious reasons according to the film’s creators the Farrelly brothers.

The brothers, were guests on “The Rich Eisen Show” and said that former quarterback Brett Favre, who ultimately appeared in the film, was actually their third choice.

As Patriot fans, their first choice at the time was Drew Bledsoe who turn down the gig because of a controversial jump during an Everclear concert had brought a lot of heat on him and he didn’t want to pile on. So their next choice was Steve Young who was the QB for the San Francisco 49ers at the time.

Steve Young was interested but turned down the spot because he thought it would set a bad example for the LDS community. As quoted by the brothers

“[After Bledsoe turned it down] we went to Steve Young. And Steve Young called one day and said ‘That’s the funniest script I’ve ever read. But I cannot do it, because if I do it, it’s R-rated, and I know all the Mormon kids will be sneaking in and I wouldn’t feel good about that,’” the brothers recalled. “Stand up guy … then we went to Favre.”