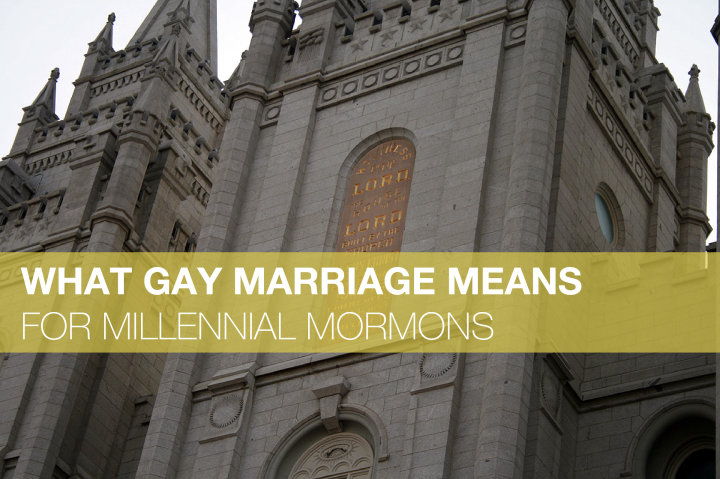 *Disclosure: The author of this post is himself gay and a Latter-day Saint. Questions can be sent to [email protected]

Today, the most powerful judicial body in the United States of America declined to hear cases from five states concerning the constitutionality of Same-Sex Marriage. Utah was one of those states taking their case to the Supreme Court. In what can be deemed devastating, but not a complete shock, this decision has made it possible for gay marriages to continue in the state of Utah, as it does in many other states.

Members of The Church of Jesus Christ of Latter-day Saints are especially opposed to these measures as it undermines our metaphysical world view that marriage between a man and a woman is ordained of God. This issue of gay marriage and Millennial Mormons is an even trickier issue. The millennial generation has continued to be most open to the ideas surrounding hot topics like gay marriage and the ordination of women, with many of our peers adamantly supporting both causes. This is not the Lord’s will.

With this news, it is important for us to know what Gay Marriage Means For Millennial Mormons.

Regardless of the changing laws and legislation, our firm and resolute stance as a church has been, and will continue to remain, in favor of traditional marriage. Our doctrine concerning the organization of the family as it relates to marriage has not changed. Our church’s firm stance in favor of traditional marriage has not changed. We are asked to remember our beliefs and to stand firm in them, even now that we find ourselves in the minority.

No matter what your friends think, no matter how “cool” it seems to be liberal – God has spoken, and expects you to defend His doctrines in the best ways you can.

Read the rest of the post at Millennial Mormons