Monday night The Utah Jazz signed 5 year old JP Gibson who was diagnosed with acute lymphoblastic leukemia. This talented free-agent guard was the star of the night and his skill were demonstrated in the video below

Below is a photo of his contract signing with the Jazz along with Jazz President Randy Rigby. 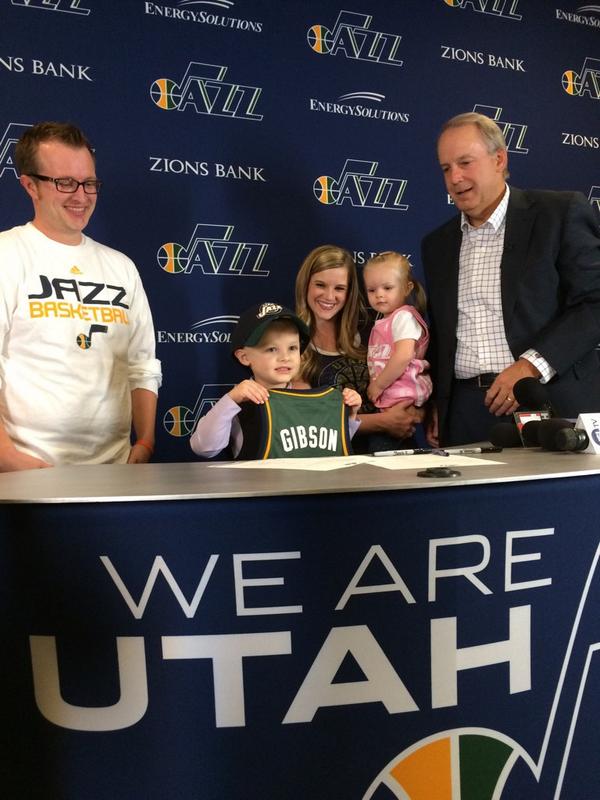 JP’s parents, Josh and Megan were with him along with his 2 year old sister, Elise. Photographer Jon Diaz created a project called “Anything Can Be” where he creates storybooks for children with cancer and chronicles their dreams and wishes.

“JP loves most sports, but basketball is definitely his favorite,” Megan Gibson said in a statement released by the Jazz. “When he was just over a year old, he would sit with my husband, Josh, watching games. He started insisting on shooting hoops for an hour each night before bedtime when he was just 15 months old. He knows he has to be six before he can play Junior Jazz, and he reminds us all the time that he can’t wait until he’s six.”