I have an amazing visiting teacher. She is one of the coolest women I have ever met! She actually has an amazing blog called Ruminations for the Heart.  She came to my house the other day and like every visit, I was truly inspired by the message she gave and have been thinking about it since she left! Part of her message was about a quality that she is striving to learn and as she talked about it, I thought to myself that if a woman could have this quality, she would be loved by so many. So I have been thinking about the women in my life that have qualities that I love and want to develop for myself and want to share 4 of them.

[wp_ad_camp_1]
The first is the one that I talked with my visiting teacher about.

1. An awesome woman has the ability to weep with those that weep.

When Lazarus died, I’m sure his sisters were so sad and frustrated that Christ was not able to be there before he passed away because they knew that if he were there, he could have saved him. And Christ, all knowing, knew that Lazarus was 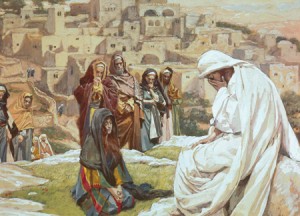 dead when he got there. He knew that he was going to go and raise him from the dead. But when he got there and the women were weeping what did he do? He wept with them. Even though he knew that in a matter of minutes their sadness would be gone and they would be happy, it didn’t matter. He loved them so much and he cared so much about their feelings that it caused him to weep with them.

How often do we as women really pause to feel the pain, sadness, joy, or any emotion of the people that we love. When someone comes to us with a problem it is so easy to fall into the trap of wanting to fix their problem or letting their problem remind us of our own problems and that is what we are really thinking about. I think an amazing woman would be able to put themselves into the shoes of another and live in their emotions. Weep with those that weep, feel joy with those that are joyous, etc. I know that if I had someone like this in my life, I would go to them with everything!

2. An awesome woman has the ability to love herself for who she is.

I have a few different people in my life that have this quality and I had always known there was something about these people that I loved but I never could put my finger on it until I realized that it was they have the ability to love themselves for who they are, what they do, and how they do it. They own what they do and they are proud of it. It doesn’t matter if it is cool or not, popular or not. That is not why these women do things. They do it because THEY like it and they want to do it.  It is so easy to look at others, especially other women and start to feel inadequate. We tend to want to look like everyone else and do things the same way other people do things. But an awesome women has the ability to love not only what she does but why she does it.

3. An awesome woman has the ability to be truly proud of others.

The grass is always greener on the other side right? If you are on any form of social media now a days, you get to see the cutest moments of everyone and their dogs moments. It can be exhausting sometimes seeing how wonderful everyone else’s lives are while we are in our own lives with a stain on our shirt, kids running around half naked, dinner still frozen in the freezer, and a long list of stuff we still didn’t accomplish that day. And just when you think you are going to go 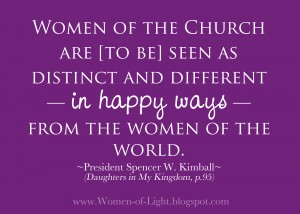 crazy, your best friend posts that their child just won first prize in the math contest at school! So how do you feel? Are you truly proud of her accomplishment or are you thinking of something that is even cooler that you can post later that night? An awesome woman has the ability to truly be proud of others for their accomplishments. They know they have their own talents and strengths which they are grateful for but they also know that their family and friends have different talents and strengths and they celebrate them. There is no jealousy or envy. They are truly happy for the people they love when good things happen to them.

4. An awesome woman has the ability to stand up for what they believe in.

I know that this can be such a hard thing for younger girls to have. It can be so hard to put yourself out there and stand up for good values and what you believe in. I would like to think that this gets easier with age but so far it has been just as difficult. When we are in a situation where we feel there is something not right going on, it can be so hard to stand up and voice your concern. There have been times in my own family when I felt uncomfortable with the conversation or what was playing on TV but I was too nervous to stand up for what I felt was right. An awesome woman can stand up for what she believes in without offensive to others. They can overcome the “bystander effect” and instead of just standing quietly by watching something unfold that they know is not right, they step up and stand up for what is right.