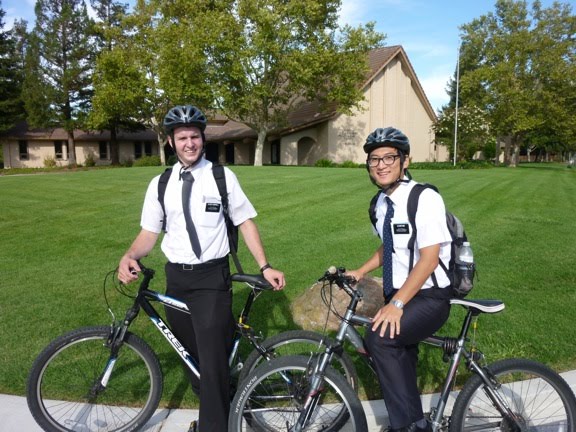 Editor’s Note: This was written by the editor-at-large for Real Clear Politics about his encounter with LDS Missionaries

It was a cold evening and I was limping home. My right hip can’t swivel like it should, so I’ve always walked with what is technically a limp. It’s been much worse lately because of a hurt foot.

So when the young men on bikes started at me, I was especially unamused. It’s easy enough to knock one guy off of a bicycle if it comes down to that, but more than one was going to be a problem.

They said something to me that I couldn’t make out a block and some yards away, so I ignored them. They kept hailing me, and got louder. “How’s your night going?” Something like that.

I gave them a phony thumbs-up and picked up my limping pace. I hoped whoever they were, that would satisfy any mockery or faux neighborliness they were looking for and they’d peel off.

No such luck. They got closer and louder. So I turned my hoodie to face them…

…and was just about instantly relieved.

It was at this point I heard one of them say something about wanting to tell me about his church.

Read the rest of the article at RearClearReligion.org