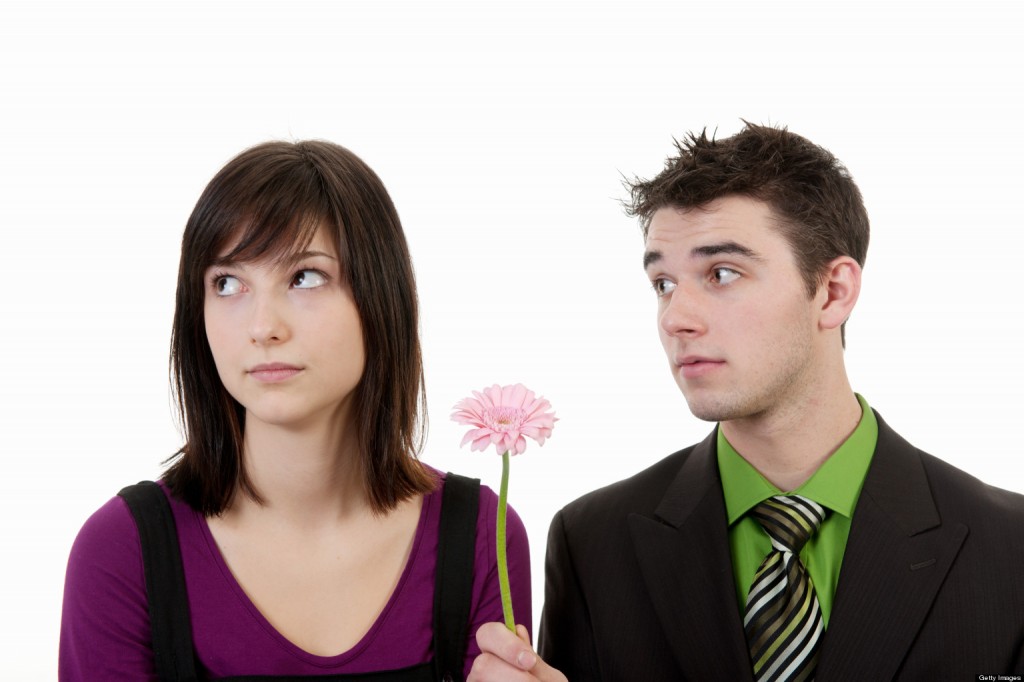 A friend of mine went on a double blind date with a buddy. When he picked his date up he noticed a little stud in her right nostril. He didn’t want to make a big deal about it or come across as judgmental so shortly after getting into the car he said “that’s a pretty cool stud you have there.”

Turns out it wasn’t a stud but a mole that she was very self-conscious about. “To this day, I swear it looked like it was a shiny, semi-precious stone” he said.

Took my date out to Betos. As we were leaving I had to go to the bathroom and she waited for me in the car. The problem was that I had major issues in the bathroom and without going into too much detail, I was in there for 25 minutes. When I finally came out, she had fallen asleep in the car.

My date (now my husband) and I stayed a bit too late and were locked on top of the Oakland temple. He says we were “sealed” in that temple twice.

I was on a date with a girl and we went bowling. While we were there, I saw a piece of hair on her cheek and I just went to remove it. The only problem was that the piece of hair was attached to her face and when I pulled on it she screamed “Ouch!” Yeah, that wasn’t awkward or anything.

I was with my girlfriend at Disneyland over New Years. I had never kissed a girl before and I was planning on kissing her for a “New Years Kiss”. We were at the castle and all of a sudden the countdown began. I wasn’t ready for it and started to hyperventilate because I was so nervous. I thought to myself that I don’t want to be hyperventilating for my first kiss so I decided that I wasn’t going to kiss her. Well when the countdown finished, everyone around us started to give their significant other a kiss.

I just stood there looking at the castle and noticed in the corner of my eye that she was on the verge of crying. I thought “I don’t want her to cry” so I quickly decided to give her a kiss. Problem was that it was very “quick” in the sense that I swung my head around and literally smashed her nose. Her nose started bleeding and well…it just lead to an awkward night all around.

When my husband and I were first dating I drove over to his house so I could take him out for once. His dad answered the door. In a bath towel.

I was with my boyfriend and we went to the BYU Creamery to get some ice cream. We started to play games afterwards and him and his friends started to swing me. It was fun but then quickly I told them to stop because my stomach started not to feel so good. They just kept swinging and I ended up throwing up all over him.

Lord of the Rings

Not really an awkward dating story but a realization of why I probably wasn’t getting too many dates online. A friend pointed out to me that I had 32 LOTR and 7 Pokemon references on my profile on LDS Singles. Now I only have 6 LOTR references. 🙂

We were on a group date and my date brought the game “Catch Phrase”. The problem was that we were going to a nice restaurant for dinner. It was super awkward because he just wanted to play Catch Phrase over and over throughout the entire meal. The other couple on our date was super annoyed and so was I.

My Life Is Over