Skip to content
[wp_ad_camp_1]
We all know the number. When asked “what percentage of marriages end in a divorce?” we all know that the answer is roughly 50%. Or is it? 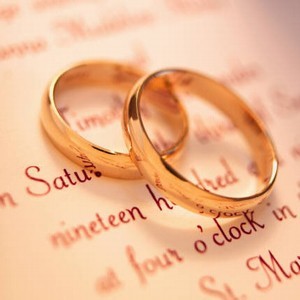 Shaunti Feldhahn is a Harvard-trained researcher and author. In her recently released book, “The Good News About Marriage: Debunking Discouraging Myths about Marriage and Divorce,” Feldhahn talks about your findings when she actually dove into the field to find the actual numbers related to marriage. She found herself getting involved in an extensive eight-year study on marriage and divorce. Among other things, her research found:

The actual divorce rate has never gotten close to 50 percent.

As quoted in her interview with CBN “I didn’t know, I’ve stood up on stage and said every one of these wrong statistics.”

Then eight years ago, she asked assistant Tally Whitehead for specific research on divorce for an article she was writing. After much digging, neither of them could find any real numbers.

That kicked off a personal, years-long crusade to dig through the tremendously complicated, sometimes contradictory research to find the truth. The surprising revelations are revealed in her new book, The Good News About Marriage.

“First-time marriages: probably 20 to 25 percent have ended in divorce on average,” the study revealed. “Now, OK, that’s still too high, but it’s a whole lot better than what people think it is,” Feldhahn added.

“The 50 percent figure came from projections of what researchers thought the divorce rate would become as they watched the divorce numbers rising in the 1970s and early 1980s when states around the nation were passing no-fault divorce laws.”

“And it’s even lower among churchgoers, where a couple’s chance of divorcing is more likely in the single digits or teens,” added CBN.

As the truth about these much lower divorce rates begins to spread, Feldhahn said she believes it will give people hope, which is often a key ingredient to making marriage last. She said hopelessness itself can actually lead to divorce.

“That sense of futility itself pulls down marriages,” Feldhahn said. “And the problem is we have this culture-wide feeling of futility about marriage. It’s based on all these discouraging beliefs and many of them just aren’t true.”

As a friend of mine Caleb Jones also pointed out “The myth also arises when people simply look at the number of marriages in a year and compare that to the number of divorces that same year. The problem with that approach is that usually virtually none of those divorces were from people who married that year and the approach fails to take into account the marriages prior to that year that would not end up in divorce.

Bottom line, be weary of claims on marriage/divorce based on ‘projections’ or ‘trends’. The actual measured numbers tell a different story.”

One Reply to “Myth Debunked – Divorce Rate 50%? Not Even Close”