So the other day it was just one of those days. The kids were cranky, I was cranky, and the last thing I wanted to do was cook dinner for everyone. The problem is I just got done lecturing my husband John the night before about how we are not eating out anymore. We are going to eat the food we prepare in our kitchen and that is it! But here I was a day later just wanting to go grab a pizza. I could not let my pride get ruined though! So when John walked in the door after work I quickly started explaining how I really wanted to cook dinner for everyone but every meal I could think of making we were just missing one ingredient and it was basically impossible for me to make dinner that night! He of course jumped right on board and was totally happy about grabbing a pizza. I however felt strange about the whole thing. Something kept bugging me during our 10 min drive to the closest pizza place and I thought it was because I just caved on my rule one day later. But as I was thinking about it, I realized the thing that was bugging me was that I just fabricated all these little lies to John just to help MYSELF feel better about what we were doing. John didn’t care. My lies did not save him from any heart ache or pain or hurt feelings. He was excited when I told him we were going out! So that means it shouldn’t matter that I wasn’t truthful with him right? 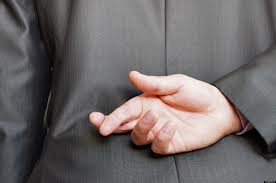 This is the problem though. Even though my little lies were more for myself then for him and it didn’t affect him at all, it definitely hurt ME. Because that just opened a door. The door of dishonesty in a marriage. That is a sneaky door. Dishonesty in a marriage does not start with a giant lie. You wouldn’t wake up and decide to tell your spouse that you have to work late when really you are going to go hang out with friends.  That would be too hard and you would feel super guilty right? So how come in today’s world there are so many people that seem fine to be lying in their marriage?

Because they started out small, with these little white lies and guess what happened when they told these lies…it worked! They felt better, their spouse felt better, and they were spared from feeling uncomfortable even for just a moment and even if it wasn’t a really big deal. That is why this is so dangerous. Because now you didn’t have to deal with the truth. You justify it with the fact that it didn’t hurt anyone, and it wasn’t a big deal. But when you have that mindset, it won’t be long until you find yourself telling these little white lies all the time and feeling totally comfortable with it. And then that sneaky little door that you have just cracked open, now begins to open a little wider. And those little lies start to become bigger and bigger.

[wp_ad_camp_1]
So the problem with even bringing this “door” into your marriage, is that it is super easy to open and REALLY hard to close. Once you have started telling these little lies, it is really hard to stop. That is because you become comfortable with it. People naturally do not want to feel uncomfortable ever. It is human nature to try and stay out of those situations. So once you start telling lies and you find that this helps keep those uncomfortable feelings away from you, it becomes easy. 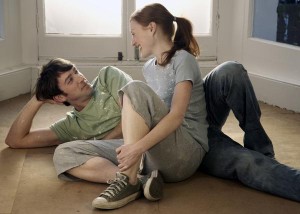 The dictionary says,  “A lie is an untrue statement made with the intent of deceiving,” but I strongly believe that this statement needs to be changed to, “A lie is any communication given to another with the intent to deceive.” As important as words are, you can also bring a level of dishonesty to your marriage through non verbal communication. Women are known for saying one thing and using their bodies to say something totally different. We are masters at this! Ladies, how many times can you think of when you have folded your arms and glared at your husband until he finally asks if there is something wrong just for us to answer back “no, I’m fine!” I know I am super guilty of doing this! We need to be aware of all of our communication with our spouse, not just verbal. This way we are not using any communication to deceive.

Marvin J. Ashton said, “It is a sin to lie. It is a tragedy to be the victim of lies. Those who become victims of this entrapment often struggle through life bearing their heavy burden because they are unwilling to acknowledge their problem and make the effort to change. It should be the goal of every Latter-day Saint to become the kind of person of whom it can be said, ‘His word is his bond.'”

I love that phrase “His word is his bond” so much and want people to feel that about me. Especially my husband. I have seen personal experiences through different friends and family when these little white lies have turned into dishonesty in a marriage and it has had devastating effects including leading to divorce. It breaks my heart when something that is seemingly as innocent as a white lie can spread to ending a marriage. If there is anyone on this earth we should be able to trust without a doubt, it should be our spouse.

As you look at your marriage and any other relationships you have please remember that it is a sin to lie. No matter what. Don’t let yourself get away with even the tiniest of lies. Keep that door as far away from your marriage as you can. I know that Heavenly Father will bless your marriage if you are both completely honest and faithful to each other.

One Reply to “Can a White Lie Really Hurt My Marriage?”