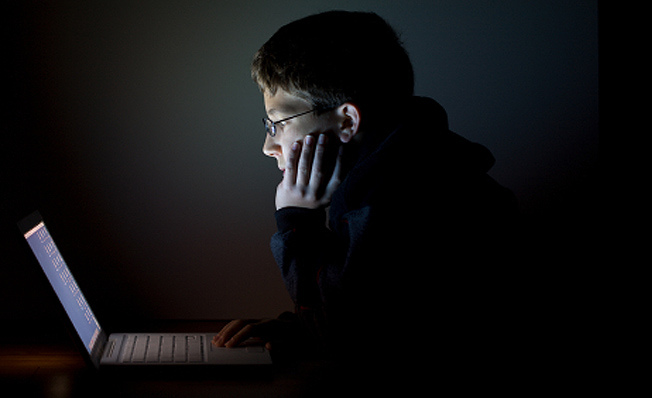 I’d like to take a minute to address this notion of readjusting the moral lines of pornography. In my mind, there is very little difference between viewing pornography and adultery. It’s all the same shade of the same color and both have the same effect on the family. This is not to belittle those who are currently struggling with pornography and I wouldn’t want to hammer down any efforts on their part or their family’s in overcoming this addiction any less than you would belittle those who are overcoming a drug issue. However, I do want to address this seemingly rising sentiment that pornography is ok and better clear the lines for those who think pornography doesn’t affect others around them. To address the argument that the vast majority of individuals already look at porn and to try to fight against this trend is so incredibly hard to do, that it is almost impossible to do so I would recite a quote by President Hinckley.

The excuse is given that it is hard to avoid, that it is right at our fingertips and there is no escape. Suppose a storm is raging and the winds howl and the snow swirls about you. You find yourself unable to stop it. But you can dress properly and seek shelter, and the storm will have no effect upon you. Likewise, even though the Internet is saturated with sleazy material, you do not have to watch it. You can retreat to the shelter of the gospel and its teaching of cleanliness and virtue and purity of life.

There is absolute hope for those who might find themselves in this mire of filth and sleaze. God has provided a way for us to overcome such powerful addiction through the Atonement of Jesus Christ and His gospel.

Pornography is Not Cheating.

It is cheating because for that moment in time, you are taken to a place that you would rather be than your spouse who you have made a solemn and sacred commitment to. If you are single, you are inevitably starting a habit that if you can’t deal with now, chances are unlikely that you won’t be able to or choose not to deal with after you are married. You are robbing from your current/future spouse of your time and energies to the sacred relationship you have chosen to commit to. Pornography use is not a few minutes here and there. Over time it consumes your mind and thoughts and even when you are in the presence of your loved ones, it starts to occupy your thoughts unceasingly. We cannot and must not do this to our spouses.

If you are currently struggling with a spouse or you yourself are trying to overcome this addiction, I applaud you for your efforts and would encourage you to continue to fight the good fight in overcoming it. Every wife deserves a marriage where she has a husband who is fully devoted to her and their family. Where the husband puts all of his time and energy into building a better life for them and their children. Every husband deserves a wife who is fully committed to him and their relationship and is constantly focus on the betterment of their relationship.

We cannot allow Satan to ruin the sacred family by allowing such destructive influences to penetrate our homes and we especially cannot allow him to penetrate our minds with the thoughts of pornography use being an acceptable occurrence in our covenanted relationships. The time is now to take a stand and re-emphasis the line that the Lord has drawn.

9 Replies to “Pornography is Cheating”