Though there were many spiritual giants in the Book of Mormon, many of them were physical giants as well. Safe to say that if you were in the UFC, you probably wouldn’t want to see these dudes in the opposite corner. 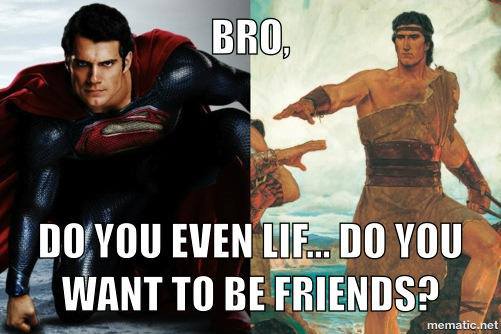 Laban, Laman, Lemuel and everyone else that messed with him 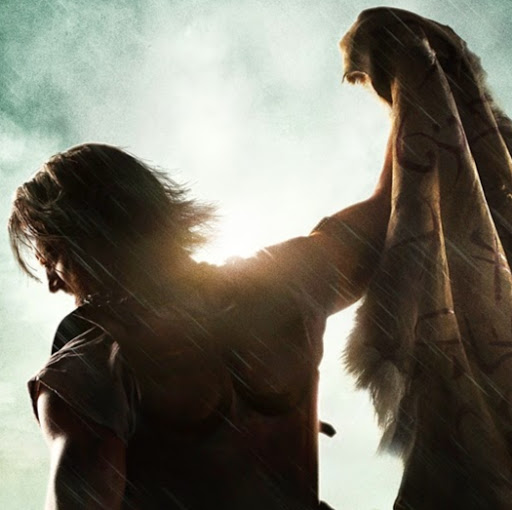 “Yea, verily, verily I say unto you, if all men had been, and were, and ever would be, like unto Moroni, behold, the very powers of hell would have been shaken forever; yea, the devil would never have power over the hearts of the children of men.”  Enough said.
Photo credit: Reign of Judges the Movie 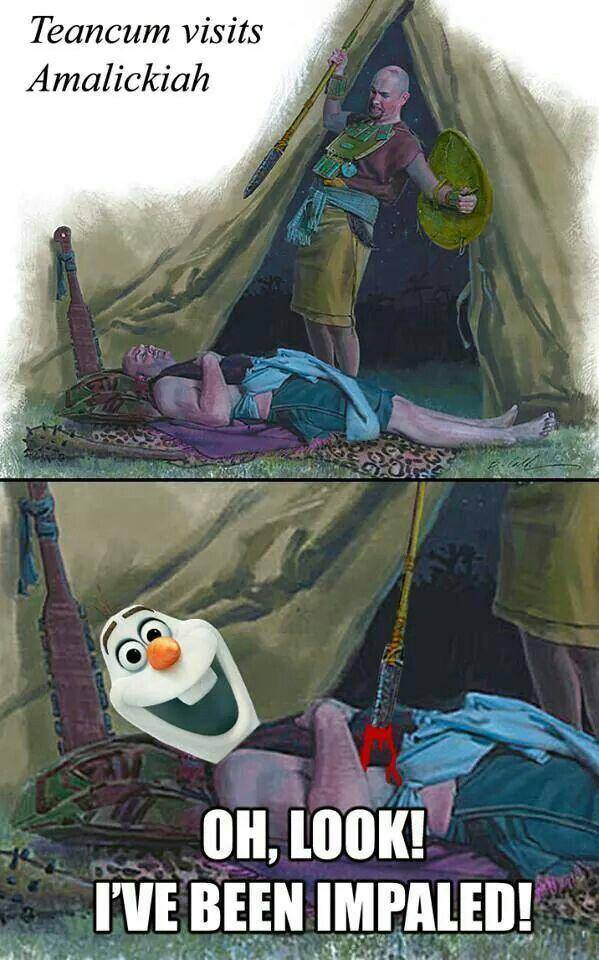 Ask Ammoron how his encounter went with Teancum.

4- Any of the Stripling Warriors 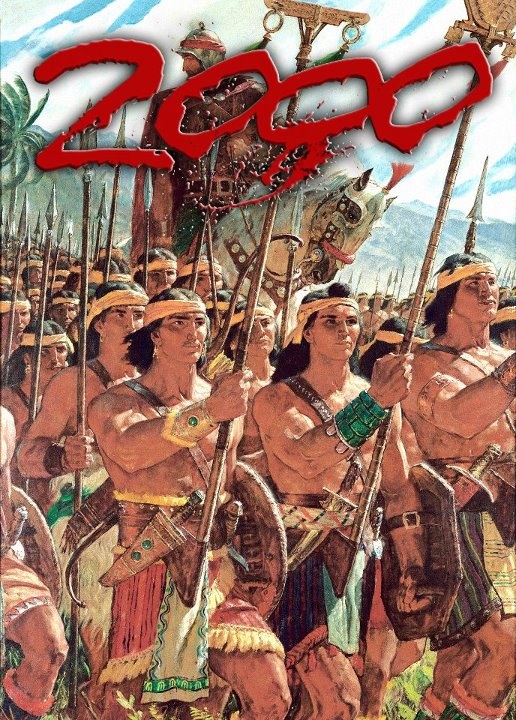 I mean if a Lamanite army isn’t going to kill a single soul, how do you expect a UFC fighter to stand a chance against these guys? 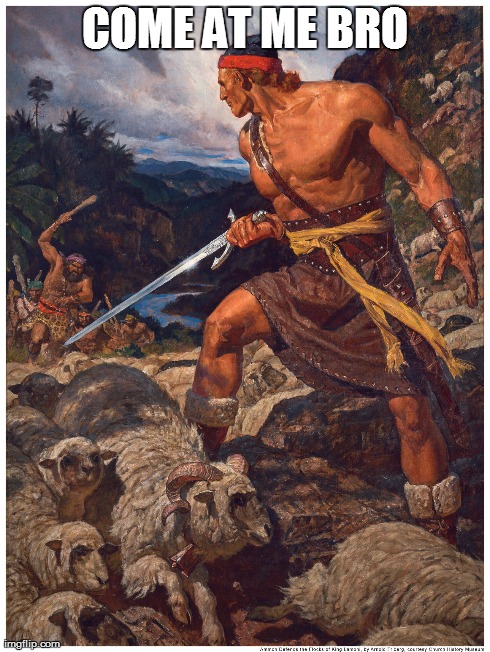 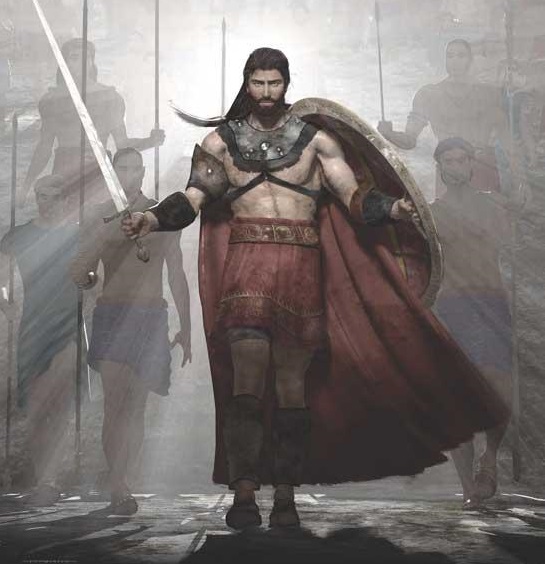 Commanded one of the historic armies in Book of Mormon history and well…that didn’t go so well for their enemies.  Photo credit: Real Hero Posters 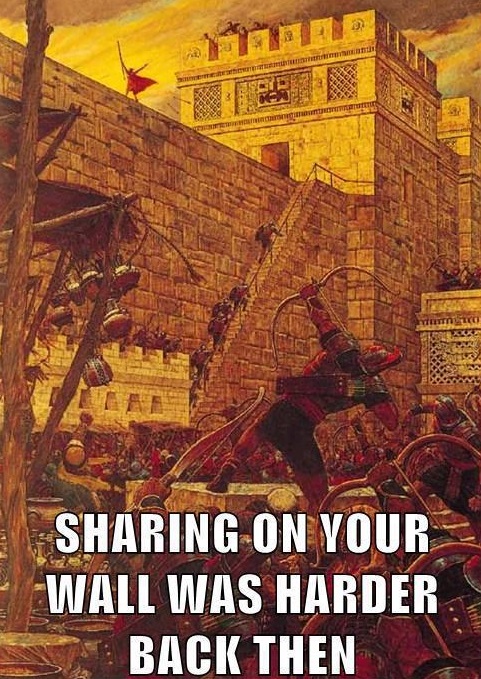 If countless men with arrows can’t touch him, what makes you think a dude with no weapons is going to? 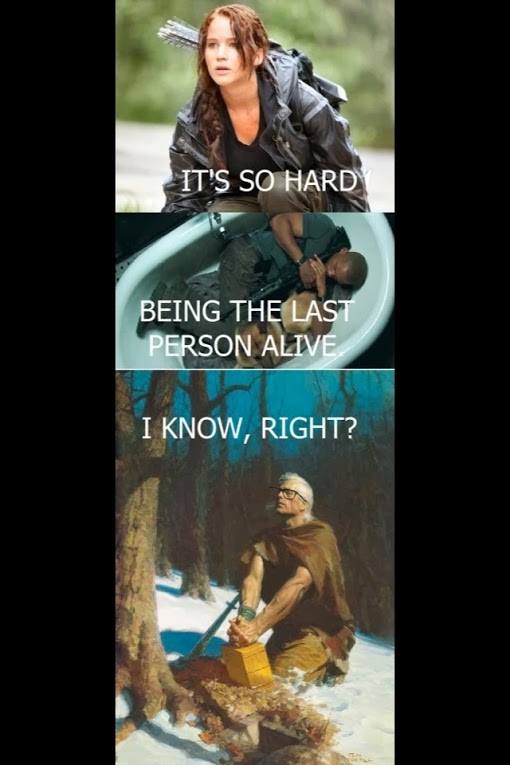 Quite possibly one of the most mentally tough prophets of any dispensation, Moroni backed it up with great combat skill training while leading men into battle.  I think he would be just fine handling himself in the UFC. 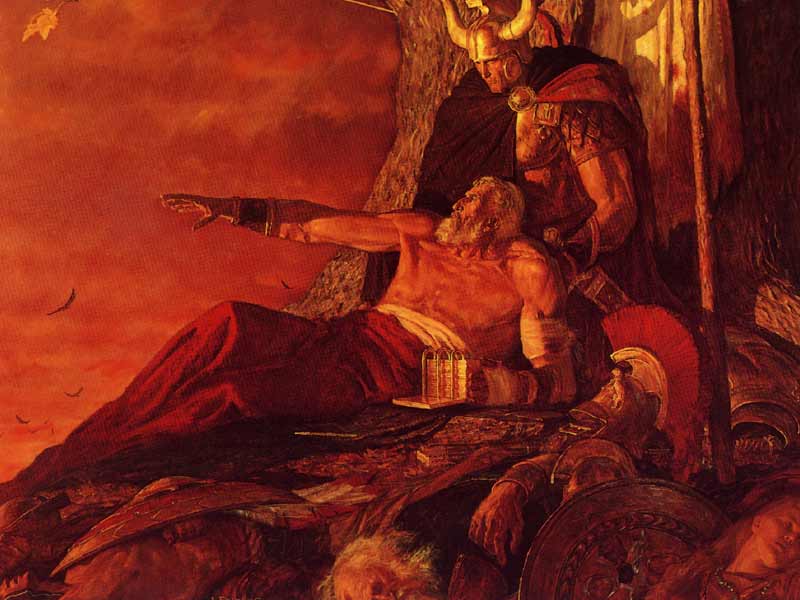 Leader of the Nephite army, I wouldn’t bet against him regardless of who was sitting in the other corner.