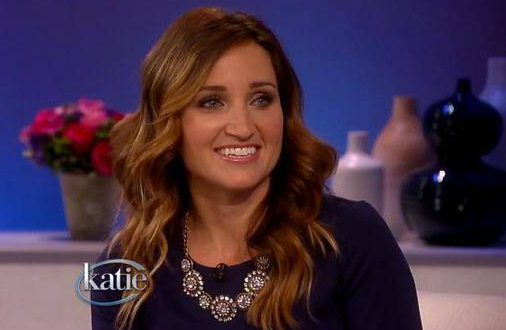 Mindy McKnight, a mother of six and a member of The Church of Jesus Christ of Latter-day Saints, discussed her successful hairstyling YouTube channel with Katie Couric on July 18.

Since 2008, McKnight has shared styling tips with other parents using pictures of her daughters’ hair. In 2009, the McKnight family began posting tutorials to YouTube, and now, six years later, their channel, Cute Girls Hairstyles, has more than 2.4 million subscribers and more than 343 million video views.

During the interview with Couric, McKnight explained that Cute Girls Hairstyles is a family affair, which includes her husband, Shaun, who quit his job to pursue their YouTube business. Mindy McKnight also spoke about her hairstyle that was featured in “The Hunger Games: Catching Fire.”

At the end of the segment, Couric invited McKnight’s two oldest daughters, twins Brooklyn and Bailey, to join them on the stage for a styling lesson.

To read more about her story or to watch the videos, check out the Deseret News article.