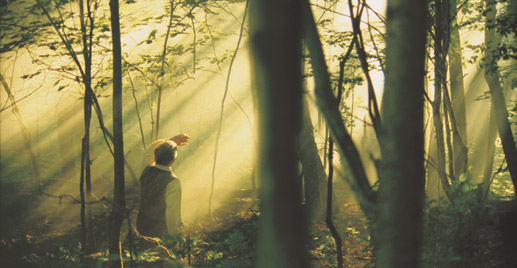 I feel that so many times we play defense as members, always having to justify our “strange” beliefs or a particular piece of doctrine or statement made by a church leader 100 years ago.  At times it seems as if we are being attacked by all sides by those who have left the church and those who know nothing about the church. So I wanted to start a series of articles pointing out some of the strengths of the church and justifications as to why I believe it to be true.

I understand that there are a multitude of reasons of why individuals leave the church that has nothing to do with “sinning or committing transgressions”.  I understand that it isn’t necessarily because they couldn’t cut it, that our moral standards were too high or one of a hundred other faulty stereotypes we may jump to (though for some, these situations were the reasons they left).

Many individuals leave simply because of doctrinal disagreements, questions about church history or the like.  I still love these individuals just as much as I did before they left.  Many of them are simply following what they truly believe is to be the truth.  We are all humans and as such, we internalize external information so differently.  They may disagree with our belief system and justification of our testimonies but that doesn’t make them bad individuals.

I have plenty of friends who have left the church who are honorable, great individuals doing amazing things, not least of which is my own brother.  We have a mutual respect for our intellectual and emotional rational for leaving and staying in the church.  This constant bickering between Anti vs TBM (True Blue Mormons) really doesn’t do anyone any good.  I believe cultivating a better environment of understanding and perspective would go a long way to help tone down much of the verbal arguments that occur between these groups.

There are understandable justifications for individuals who choose to leave the church but on the same token there are plenty of arguments and intellectual cornerstones that members can lean on as well in shoring up their testimony of the gospel of Jesus Christ. This post is not meant to be an attack on those who don’t believe in the church but rather simply my testimony as to why I believe it to be true.

So with all this being said, let me start with just a couple of reasons of why I still believe the way I do.

The Strength of Our Position

A Catholic Opinion.–Many years ago there came to Salt Lake City a learned
doctor of divinity, a member of the Roman Catholic Church. I became well
acquainted with him, and we conversed freely and frankly. A great scholar,
with perhaps a dozen, languages at his tongue’s end, he seemed to know all
about theology, law, literature, science and philosophy, and was never weary
of displaying his vast erudition. One day he said to me: “You Mormons are
all ignoramuses. You don’t even know the strength of your own position. It
is so strong that there is only one other tenable in the whole Christian
world, and that is the position of the Catholic Church. The issue is between
Catholicism and Mormonism. If we are right, you are wrong; if you are right,
we are wrong; and that’s all there is to it. The Protestants haven’t a leg
to stand on. If we are wrong, they are wrong with us, for they were a part
of us and went out from us; while if we are right, they are apostates whom
we cut off long ago. If we really have, as we claim, the apostolic
succession from St. Peter, there was no need for Joseph Smith and Mormonism;
but if we have not that succession, then such a man as Joseph Smith was
necessary, and Mormonism’s attitude is the only consistent one. It is either
the perpetuation of the Gospel from ancient times, or the restoration of the
Gospel in latter days.”

It really is one or the other when it comes down to authority.  It either continued through the apostles to the modern day or it was lost when they died and thus a restoration of those keys was needed to restore the gospel in our day.  This idea or notion of the need to have the gospel restored is such a crucial aspect to Mormon theology. It either happened or it didn’t.

What Happened to the Billions of Individuals Who Died Not Ever Hearing About Christ?

So we know that Christ Himself taught that He was “the way, the truth, and the life: no man cometh unto the Father, but by me.” (John 14:6.) If this premise is true and we know that baptism is an essential ordinance that one must receive in order to receive salvation, what happens to all those who died never being baptized? What happens to the billions of individuals who have never heard about Christ, let alone the specific doctrines of a particular religion? The individuals who grew up in China or Africa in the 3rd century? What about a child who was born but then due to various complications dies a few minutes later? If God was so just, how do you account for these individuals? It never made sense to me and still doesn’t, that God would place individuals in a time or place that they would never have an opportunity to live with Him again. As Elder Packer stated concerning this dilemma:

That is a most disturbing question. What power would establish one Lord and one baptism, and then allow it to be that most of the human family never comes within its influence? With that question unanswered, the vast majority of the human family must be admitted to be lost, and against any reasonable application of the law of justice or of mercy, either. How could Christianity itself be sustained?

When you find the true church you will find the answer to that disturbing question.

If a church has no answer for that, how can it lay claim to be His Church?

The answer to that puzzling challenge could not be invented by men, but was revealed. I underline the word revealed. Revelation too is an essential characteristic of His Church. Communication with Him through revelation was established when the Church was established. It has not ceased and it is constant in the Church today.

In the earliest days of the Church the Prophet was given direction through revelation that work should commence on the building of a temple, akin to the temples that had been constructed anciently. There was revealed ordinance work to be performed there for the salvation of mankind.

Then another ancient scripture, ignored or overlooked by the Christian world in general, was understood and moved into significant prominence: “Else what shall they do which are baptized for the dead, if the dead rise not at all? why are they then baptized for the dead?” (1 Cor. 15:29.)

Here then, was the answer. With proper authority an individual could be baptized for and in behalf of someone who had never had the opportunity. That individual would then accept or reject the baptism, according to his own desire.

Everyone has their 3-5 key cornerstones to their testimonies. For me, one of those pillars is this doctrine of redeeming the dead and performing proxy ordinances on behalf of those individuals who have died. For me, the way The Church of Jesus Christ of Latter Day Saints handles this aspect of salvation is by far the most pragmatic, the most equitable and most common sense of all religions. But then again, it makes sense when this doctrine was revealed by God and not created by men.

The beauty of our religion is this idea that God is just. Being a just God, He has prepared a way for His children to return back to him. Would a just and true God command us to follow such a strict commandment such as baptism just to have the majority of the world’s population over the years never have the opportunity to partake in it? Would an all knowing God institute a plan that failed 99.99% of those who participated in it? I for one cannot accept such a premise and luckily, because of The Church of Jesus Christ of Latter-day Saints, I don’t have to.

2 Replies to “The Strength of Our Position”