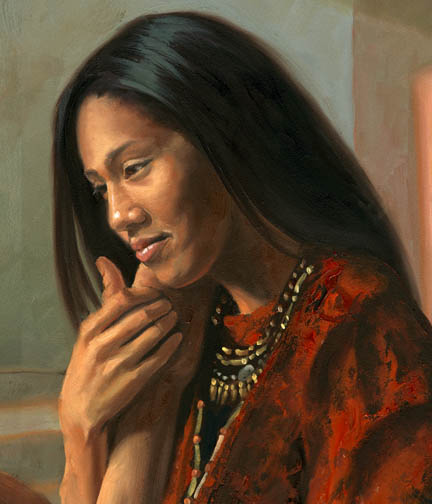 Many of us know the story of King Lamoni and his interaction with Ammon and his conversion.  However many of us look over a humorous love story that is contained in the Book of Mormon.  We know that he is overcome with the Spirit and has been laying as if dead for the space of a two days.  But what is overlooked is a very important demonstration of love for her husband…

Therefore, if this is the case, I would that ye should go in and see my husband, for he has been laid upon his bed for the space of two days and two nights…but others say that he is dead and that he stinketh and that he ought to be placed in the sepulchre; but as for myself, to me he doth not stink.

Now if that isn’t love and devotion I don’t know what is.  Basically she has been willing to put up with his natural “smell of death” to still be with him and was willing to overlook that minor detail.  🙂