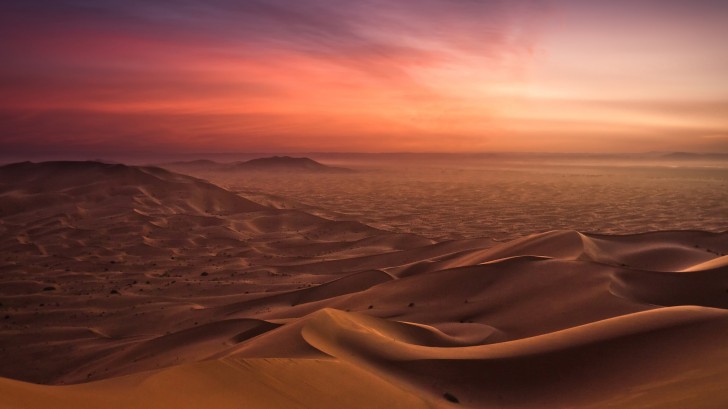 At first glance, Deut. 1:2 just seems like another random scripture that really doesn’t mean a whole lot. It reads “There are eleven days’ journey from Horeb by the way of mount Seir unto Kadesh-barnea.” These are the type of scriptures we would normally read and really not give a second thought to. However, if you look at it a little deeper you will find (as is often the case in life) more meaning to the scripture than you had ever realized was ever there.

Now to understand the scripture you need to look at it piece by piece. First we will start with Horeb. Where in the world is Horeb? Well it turns out that Horeb is just another name for Mount Sinai which, as we all know, is where Moses received the Ten Commandments from God. Ok, but what about Kadesh-barnea? I can’t even pronounce it, let alone have any idea of where it might be.

Well it turns out that Kadesh-barena was located south of Jerusalem, just outside the promised land.  So, now that you have some details about the scripture, I’ll give you a few seconds to think about what is so significant about the scripture. (cue “Jeopardy” music now)

[wp_ad_camp_1]
The reason why I like this scripture so much is because it gives you a good understanding of how long the journey from Mount Sinai to the promised land should have taken the children of Israel.

It took the children of Israel 40 YEARS to make essentially an 11 day journey. 40 YEARS! It’s so crazy to think how much harder the journey for the children of Israel became due to their disobedience to God. We’re not talking about a few extra days or weeks but we’re talking about an exponential increase in the amount of difficulty that they had to face.  How much easier would their journey have been had they just but harken to the commandments of God.

So what about us today? How can we learn from the children of Israel’s mistakes that they made? How can we prevent our journey here on Earth from being harder than it needs to be? The old Sunday School answer would apply here…it’s precisely by following the commandments of God.

Sounds simple enough but too often we think of commandments as being restrictive or burdensome when in actuality they are just the opposite. Just as the children of Israel learned the hard way, by not following the commandments of God we actually make our journey here on Earth that much harder to accomplish.

Exaltation is not some checklist that we mark off as we do the various ordinances in the temples.  Sometimes we view exaltation as a destination and not what it actually is…a state of being.   It’s who we’ve become.  Our Heavenly Father has given us these commandments not so that we can fulfill some arbitrary checklist of things we ought to do but rather so that we can become the type of individuals that ultimately live in an exalted state.

Will any of us make our modern day journey in 11 days? Of course not. We are all fallible and we all make mistakes and we all have need of repentance. That being said, let’s not make the journey any longer or harder than it needs to be by not following the commandments of God. In the words of President Hinckley

…the time has come for us to stand a little taller, to lift our eyes and stretch our minds to a greater comprehension and understanding of the grand millennial mission of this, the Church of Jesus Christ of Latter-Day Saints. This is a time to be strong. It is a time to move forward without hesitation, knowing well the meaning, the breadth, and the importance of our mission. It is a time to do what is right regardless of the consequences that might follow. It is a time to be found keeping the commandments.

One of the themes throughout this past weekend of conference is this idea that we need to exemplify our discipleship. Obviously we are not going to make the journey in 11 days.  However, as we strive to be a little bit better, do a little bit more and be a little more Christ-like in our attitudes, we can do much better than 40 years.