The Inspirational Story of Harrison Bradford

Many of you have read the piece I wrote last week titled Doing Good Anyways where I talked about how we strive to do things in life but many times despite our best efforts, life throws us a curve ball but we continue to do our best regardless of the outcomes that are produced.  The inspiration for that piece came from a courageous young man by the name of Harrison Bradford.  I had come across his story on my Facebook feed but I couldn’t remember who out of my Facebook friends posted it.  I spent about a week trying to find the story but I wasn’t able to figure out which friend of mine had shared the story.  So I decided to write the article despite not having the amazing story to go along with it as I couldn’t remember much of the details of the story.  As it turns out, 16 days after his dad originally shared the post, it randomly just popped up again in my newsfeed last Thursday (maybe God really wanted his story to be shared).  I’m glad I was able to find the story again (which was a mini miracle in and of itself) and share the inspirational story of Harrison Bradford.

Harrison was like many 12 year-olds who wanted to participate in extracurricular sports activities at school.  For Harrison, he decided to go and try out for track. 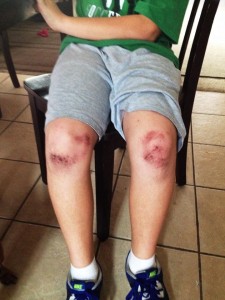 As his father explains it “For the last two weeks he has been going to school an hour early and staying an hour late. Late last week he broke down to my wife and told her several of the other kids have been laughing at him and making fun of him as he had yet to qualify for the team in any event. He told my wife how hard it has been trying out with so many kids making fun of him. She told him he didn’t need to continue tryouts but he insisted. Today was his last chance to qualify. My heart and thoughts were with him all day. We told him again that he didn’t have to go through with it. But again he insisted. He worked his hardest today as evidenced by the severe bruising on his knees from falling several times during the hurdles. I wish I could say he qualified but he didn’t. I know his heart was broken as was both his mother’s and mine. But for some reason he didn’t give up. He knew his chances were not good but he still went out there and tried. He knew the second he stepped out there the other kids were going to make fun of him. He knew that the kid who was leading the charge against him had already made the team. But yet, each day he went out there and did his best. I couldn’t be prouder.”

Many kids his age would have just given up and said “what’s the point?  The kids will just make fun of me anyway.”  Heck most of us adults give up in similar situations whether it be at the workplace, at school or around the neighborhood.  I wish I would have had the foresight and courage that Harrison demonstrated that day when I was his age.  The reason I love this story so much is because of the fact that he was a shining, real life example of one of my favorite quotes of all time. 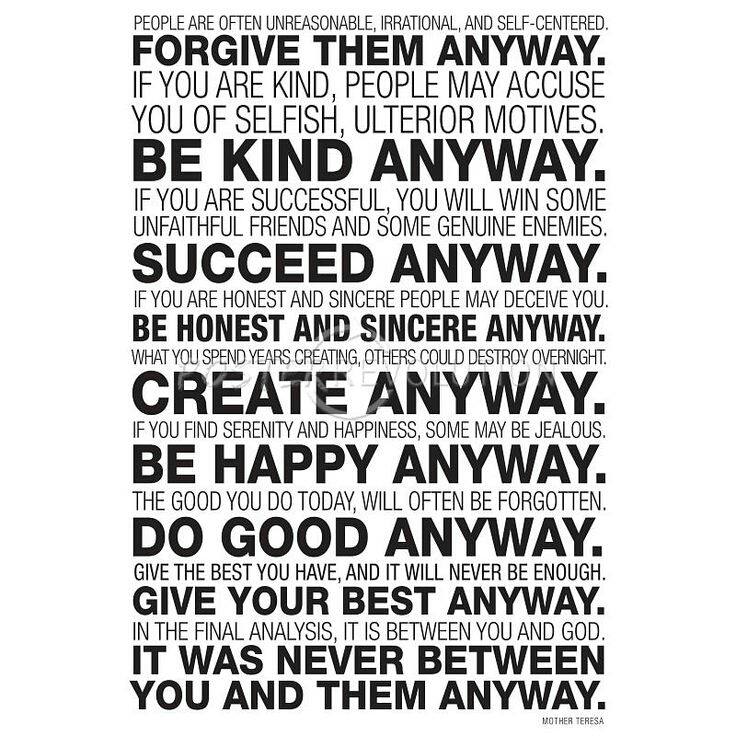 Had Harrison just continued to fight and eventually made the team, his story would have been a feel good inspirational story that would make all of us feel all warm and fuzzy inside.  However, the fact that he didn’t make the team actually makes the example all that much more powerful.  It’s that much more inspirational because it’s more reflective of what happens in real life.  It’s that resemblance to real life that makes the story so real.  Not everything we do has a happy ending or at least ends with the outcomes that we originally intended to see.  Life is full of these curve balls that get thrown our way.

One of the great teaching moments that I’ve taken from this story and something that I feel we all could learn from is the fact that he didn’t allow others to dictate to him, the terms of how he was going to live his life.  He didn’t allow the actions of others to belittle his desires to try out and make the track team.  This has so many implications to us in our lives whether it be members in our local churches that “offend” us, causing us not to want to go to church or individuals telling us we are too dumb to try to go to school to work on our education.  We ought to have the fortitude to continue to press forward, despite the obstacles that stand in our way.  He knew it would be hard to go back and try again but he had the fortitude to see this through anyway.

As is often the case in life as we face the curve balls that are thrown our way, many times we find ourselves going down a different path or running into great individuals that we otherwise would have never met.  Thus was the case with Harrison.

First, J Scott Savage is an author of the middle-grade fantasy series Farworld.  After reading on Facebook about Harrison’s experience at school trying out for the track team, he sent Harrison three signed copies of his books in the Far World Series. Needless to say Savage now has a fan for life and vice versa. 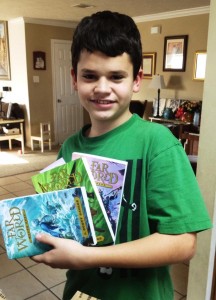 Lastly, Harrison was able to meet a local legend Bill Allen of Bill Allen Motorcycles and the TV show Hairy Bikers. He had heard about Harrison’s experience and wanted to meet him. 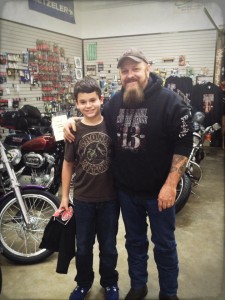 As Harrison’s father explains “Bill is an amazing and inspirational man. So grateful that God has put so many wonderful people in Harrison’s path. Bill has a life time fan!”

While it’s nice for Harrison that he has been able to have the experiences that he has had with the various individuals, authors and celebrities that he has come across, the truth is that Harrison has provided so much more for the rest of us. He has become an example of perseverance and patience of someone who in the end, didn’t necessarily get the outcome that he wanted, but he still continued to pursue it anyways.

He has become an example for so many of his peers, who are going through similar situations in their own lives.  He has become a beacon of hope to those kids who are struggling with bullying and teasing, showing them as they stay strong, good things will inevitably come to them even if it’s not what you initially expected.  There will be many young adults who will read this inspirational story and will say of Harrison “because of you, I didn’t give up.” 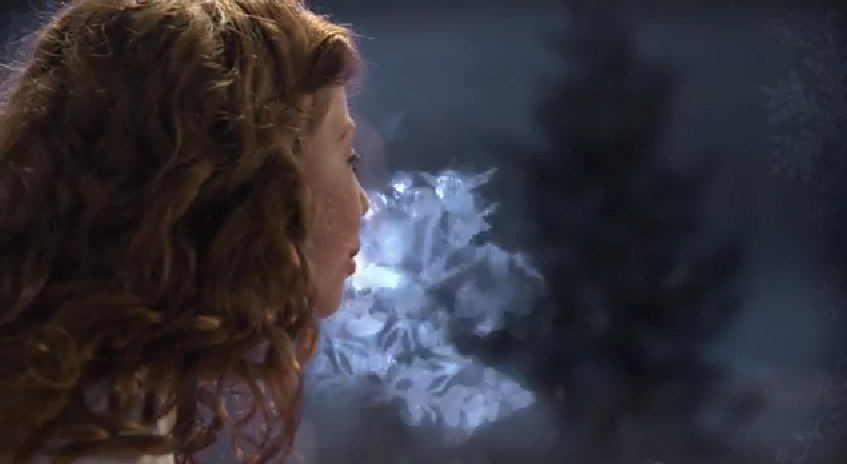 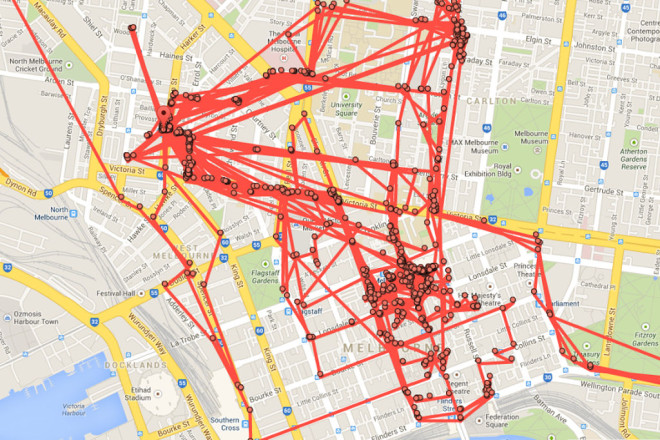 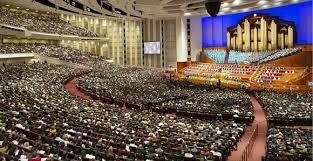 Things That Only a Mormon Parent Would Understand