As I attended the various meetings a few weeks back at church I started to think about how often we fail to see the greatness of individuals who live within our neighborhoods, wards and even within our own families and the amazing things they are doing right now in their lives without us ever realizing it.

All of us give platitudes and outward gestures to signal how great individuals are but deep inside don’t fully appreciate the great things that they have accomplished or are in the process of accomplishing. I have honestly never heard a success story whether it be from the formation of Google, some mom and pop shop around the corner or a couple who wanted to bring LDS humor and inspiration to a blog called LDS S.M.I.L.E., that didn’t have people around them who doubted (or even worse didn’t care) what they were doing. I can’t tell you how many people were like “oh you’re starting a blog, that’s cute” or “you realize that it’s kind of late to get into the blogging world right?” Luckily for us, we were able to see the bigger picture of what we wanted to accomplish and pressed forward anyways.

Every successful idea, firm, business, or solution brings along with them those who will be skeptical, critical or those who will simply not care. It’s easy after the fact, after they have become successful and after they start doing well to recollect all of the steps that they took to become successful. Many of their family and friends after the fact talk about how “they just knew” it was going to take off. Interestingly enough, many times these were the same individuals who when the journey started doubted, mocked or otherwise tried to persuade the individual from starting in the first place.

History is full of examples of this type of mentality occurring, whether it be the neighborhood class clown who grows up to be a Supreme Court Justice, an adopted child who ended up dropping out of college but changed the electronic world or even Christ himself, who was rejected by those who grew up with Him as He was only “a carpenter’s son,” there are endless stories of greatness not being fully recognized by those who were immediately around them. 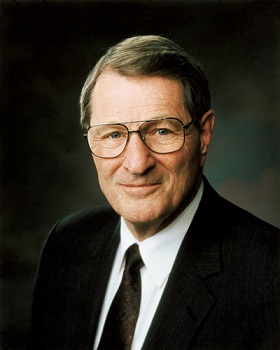 At times we don’t see how truly talented individuals are because we are too close to them and to the situation. An old professor at the University of Utah once spoke of how hard it was at first to see Elder Maxwell as an Apostle of the Lord because he was just “Neal” who lived around the corner to him. He knew him so well, along with all of his imperfections and his past mistakes. It was hard for him to see the greatness that was Elder Maxwell because he was too close to the situation. What about us? Can you imagine your father, brother, or neighbor being an Apostle? Can you imagine your wife, mother or best friend being the General Relief Society President of the Church?

Instead of constantly second guessing, doubting, or even worse not caring about the activities of those around us, we ought to be helping, encouraging and motivating them on how to accomplish the goals, dreams and aspirations that they are trying to achieve. Are we going to be as Laman and Lemuel who were constantly nay saying and doubting everything that the Lord had asked Nephi to do or will we be like Jacob and Joseph who supported Nephi through whatever struggles or challenges that laid before him?

We ought to be looking for the greatness of those around us and the greatness of their activities now. There is truly greatness to be had by all. At LDS S.M.I.L.E. when individuals come to us and say that they want to get into the whole blogging thing, we don’t start off with the laundry list of every reason why they are going to fail or why it won’t be worth their time. Instead we focus on not only what steps they need to make in order to set themselves up for success but more importantly, what can we do at LDS S.M.I.L.E. to help them achieve that desired outcome. It may or may not workout for them in the end but the one thing that is for sure, it won’t be because we didn’t try.

No one can say before the fact (though there are plenty of “experts” who say they can) whether an idea, project, or endeavor will be salient or not. The only way to find that out is by experimenting and testing those ideas. This doesn’t mean that no one will ever fail or that some ideas won’t come to fruition. It does mean that we won’t be the stumbling block that prevents an individual’s climb to the mountain top by having us turn a minor mole hill into their own personal Everest. We’re all in this together and isn’t it about time we started to recognize the greatest that is all around us, even if they themselves cannot see that greatness?

4 Replies to “The Greatness All Around Us”