A friend of mine Joshua Steimle wrote a great piece at Forbes.com about how an LDS mission helped him in his current life.  Below is an exerpt of the piece he wrote.  The full article can be found below. 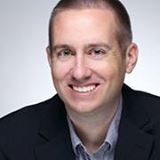 Since moving myself and my family to Hong Kong where I’m opening an Asia office for my online marketing firm, I’ve had countless opportunities to think “If I hadn’t served as a Mormon missionary, I wouldn’t be doing this today.” The skills I learned almost 20 years ago as a missionary have been invaluable to my career as an entrepreneur, and never more so than now as I live and do business in a foreign country.

In 1994 I became a full-time missionary for The Church of Jesus Christ of Latter-day Saints, whose members are more commonly known by the nickname “Mormons” or simply “ LDS.” But I was not a missionary in Hong Kong or Asia where I live now. I served in Manaus, Brazil, where I learned Portuguese, rather than Mandarin or Cantonese. Prior to 2013 I had never been to Asia and knew very little about China or its neighbors. Most of my exposure to Asian culture came from growing up in Arcadia, California. There is a significant Asian population there, but despite this I can’t say I learned all that much about Asia from my Asian friends, who were intent on learning English and assimilating into American culture. But going to a foreign country where I didn’t know the language or the culture wasn’t new to me because I had already done it as a 19-year-old in Brazil. Here are some of the lessons I learned as a missionary that are helping me as I open an office in Hong Kong.  The full article can be read here

Another great resource for those planning on serving a mission: