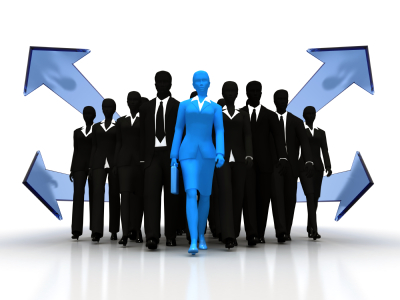 Many times in our society we idolize the leader. The first individual to start a movement or start the innovation process. This is to be as expected as the leaders are almost always the ones who get all the glory and the recognition for their work. We talk about how to be a leader, how to strive to be that individual, and how to develop character traits that resemble those individuals that inspire us.  We also have this misguided belief system that becoming a leader is a position that once achieved, you never go back to becoming a follower.

It’s not easy being the first follower and actually in many cases, it takes much more courage to be the first follower because you are putting yourself out there with the risk/reward ratio being much less for you than for the leader. Up until this point, the leader has not yet been legitimized and he will continue to be just a crazy individual unless he is supported by the first follower.

The other notion we tend to have of leadership is that you are either one or the other.  You’re either a leader or a follower.  The reality of the situation is that all of us almost always find ourselves in both positions throughout our lives.  We almost always have roles in our lives where at the time we are asked to be a leader and others where we are asked to be followers. 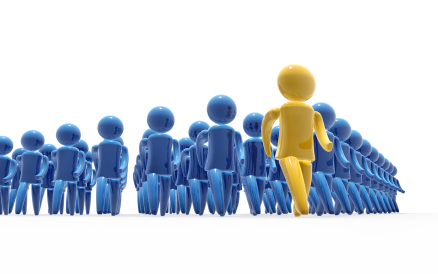 The epitome of this situation might be that of the prophet.  For obvious reasons he is asked to take on a leadership role within the church.  However at the same time, he is also a follower of Christ.  He takes on those leadership roles as the prophet of the church while at the same time, playing an important role equivalent to the first follower in convincing others of the legitimacy of the Christ and his gospel.  This is not much different than many of us find ourselves in our daily lives.  Often times roles that we play at work, school or at home require us to be both a leader and a follower.

We need to get rid of this notion that being a leader is somehow better than being a follower.  We need to instead strive to teach how to be an effective leader and an effective follower.  You can be in a leadership position but end up having ineffective skills that undermined any influence that you may have in that position.  The same is true of the skills required of a follower.  There is such a thing as being an ineffective follower that doesn’t add value to the firm, organization or family that they belong to.  There are skills that need to be developed in both aspects of our lives and instead of trying to place a higher value on one or the other, we should be encouraging the skill sets that help us to be a better follower and a better leader.

So as you move forward throughout your life, strive to be a leader, strive to be one who paves the road ahead for those behind you. However, at the same time don’t be afraid to critically analyze other leaders around you and have the courage to be the “first follower” when you see someone doing something great.  Understand that courage is needed in being the “first follower” because without you, their messages/actions/designs/innovations will never come to fruition.

One Reply to “The Importance of the First Follower”